In honor of my attempt to read solely from my shelves until I get my owned unread books collection down to a more manageable level, I figured I would do the Intimidating TBR Tag that I’ve seen floating around BookTube. So let’s go!

What book have you been unable to finish?

I actually don’t have any books on my TBR shelves that I’ve picked up and put back for whatever reason! Once I start a book, I tend to finish it. And if I DNF it, I get rid of it instead of putting it back on my shelf. 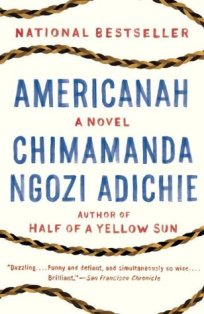 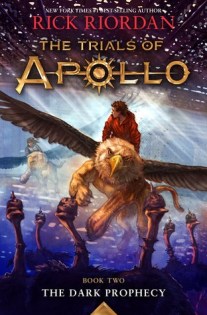 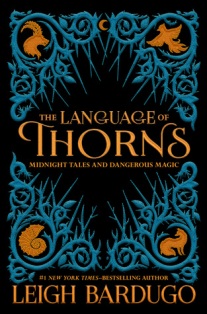 …you just haven’t had the time?

I’m not sure how much time is a factor in my decision to read or not read books. When I want to read something, I usually make time for it. I think Americanah by Chimamanda Ngozi Adichie is probably the best answer to this question, though. It’s about two teenagers who fall in love in Nigeria but are separated when the girl goes to America. The boy stays behind and prospers in Nigeria, and years later the two reconnect.

I bought it to participate in One Book, One New York earlier this year, but I wound up not having time/not wanting to make time to read it before the culmination of the event. And now that it’s over, I just haven’t been motivated to go back and pick it up. It’s big and I’m not a huge fan of literary fiction, but I really like Adichie and do want to read her books. So it’s going to happen, but I’m definitely a little bit intimidated by it.

The Dark Prophecy by Rick Riordan. It’s the second book in The Trial of Apollo series, which follows Apollo when he is punished by his father Zeus by being turned into a human and forced to live on earth as a gawky teenager without his godly powers.

I generally enjoy Riordan’s books a lot, though I have felt like I’ve aged out of them a bit in the last few years. The second book in the Magnus Chase trilogy brought me back around, but I’m still hesitant to pick up The Dark Prophecy because I really didn’t care for Apollo as a narrator in The Lost Oracle. I’m sure it will wind up being an enjoyable read, I’m just not in a particular rush to continue The Trials of Apollo series.

The Language of Thorns by Leigh Bardugo. This is a collection of fairy tales set in the Grishaverse world that Bardugo created with her Grisha trilogy and Six of Crows duology. I probably won’t pick this one up for a while because I’m actually not super excited about the stories, I mostly think it’s a gorgeous book and I want to read everything about the Grishaverse. I’ll get around to it soon enough, though, and I’m sure I’ll wind up enjoying it. 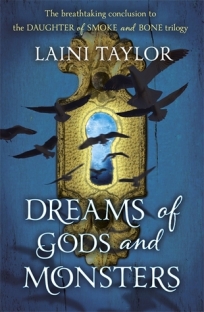 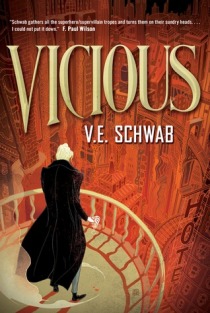 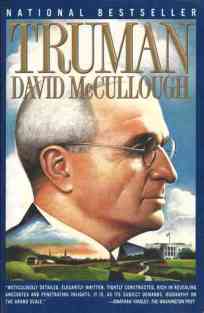 …you read a book by the same author and didn’t enjoy it?

Dreams of Gods and Monsters by Laini Taylor. I enjoyed the first book in this trilogy, Daughter of Smoke and Bone, which follows the story of a girl named Karou as she gets swept up in an ancient war between the angels and the chimaera. But the second one was such a slog to get into. It took me several months to finally finish it because I really didn’t like the first 150 pages or so. In the end, the second book really picked up the pace once I started forcing myself to finish it and I liked it by the end, but it’s still made me really reluctant to wrap up the trilogy. It’s such a massive book, too, and I have such low expectations that I just don’t care about it very much.

…you’re just not in the mood for it?

Honestly, this could apply to most of the books on my shelves that I haven’t picked up yet! I think I’ll go with Vicious by V.E. Schwab, though, which follows the story of college roommates Victor and Eli as they conduct research into whether it’s possible to develop superpowers. Ten years later, Victor has broken out of prison determined to catch up with Eli, who has spent the last decade eradicating everyone he can find with superpowers.

It sounds like a fascinating book and I’ve heard amazing things about it, plus I really enjoyed Schwab’s Shades of Magic trilogy. I even picked it for my 5-Star TBR Predictions. But I just haven’t felt like picking this book up yet, so it’s been wallowing on my shelves for months.

Truman by David McCullough. If you take out the citations at the end, it’s still nearly 1,000 pages. It’s such a beast! It won the Pulitzer Prize for biography, though, so I think it will be a good read. Plus I have a life goal of reading a biography about each of the American presidents, and I think this is probably the best one you can pick about Truman. But it’s so big… 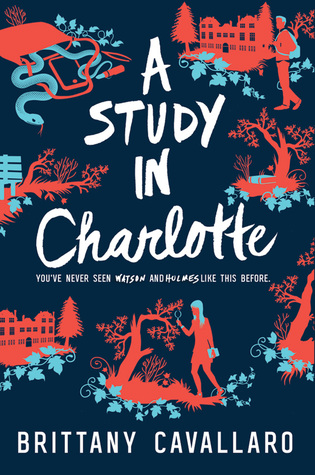 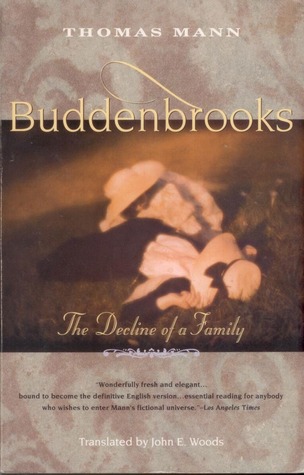 …it was a cover buy that turned out to have poor reviews?

I’m not afraid to admit that I’ll read a book just because of its cover, but I’m actually pretty good about not buying books solely because of their cover (unless it’s a Jane Austen novel or Harry Potter, then all bets are off). I did, though, buy a book because I met the author and it had a great cover and pun in the title: A Study in Charlotte by Brittany Cavallaro. It’s a Sherlock Holmes retelling in which Sherlock and Watson are real people and their descendants, Charlotte Holmes and Jamie Watson, must solve the murder of a fellow student at their prep school. I think it sounds cute and will probably be a fun read, but I never expected it to be my new favorite book.

What is the most intimidating book in your TBR?

Buddenbrooks by Thomas Mann. It’s a multigenerational story of the decline of a wealthy family from northern Germany in the face of rising modernity. I bought it in an effort to force myself to read more German literature since I studied German but actually know deploringly little about German literature. Plus I’ve been to Mann’s home in Lübeck, so I really should read some of what he’s written, and Buddenbrooks won the Pulitzer Prize (not that I care much about prizes, but it means someone thinks this book is amazing!). It’s been sitting on my shelves for more than a year and I still haven’t picked it up, though. It’s just massive and I’m not sure it’s something I’ll really enjoy reading, but I do want to give it a fair shot before I decide to unhaul it. Who knows, I might even enjoy it. But yeah, definitely one of the most intimidating books on my shelves.

So yeah, I definitely have some books I’m intimidated to pick up! I’ll get there eventually though. Have you read any of those books? If so, what did you think? What books are sitting on your shelves that you’re intimidated by? Let me know in the comments!