I read a total of 14 books in October, but I somehow feel like I didn’t have a great reading month. While I read a few good books this month, I think I had a lot of disappointing reads and I wound up DNFing three books. Regardless, there’s lot’s to wrap up this month, so let’s get to it.

As far as checking in with my October TBR, well. I started all three of them. But I only finished one. I wound up DNFing both The Tsar of Love and Techno and OPM, both of which were lent to me. I could have made myself finish them, but there are just so many other books I want to read right now that I decided not to.

And for my physical TBR check-in, I started the month with 55 books and managed to get my TBR down to 48. I actually made a separate post this month discussing my physical TBR because I’ve purchased a few books that I’ve made the executive decision not to put on my physical TBR shelf, but check out that post for more details.

Anyways, on to the books!

You’re the Earl That I Want by Kelly Bowen

In You’re the Earl That I Want, Josephine Somerhall has always been in love with her older brother’s best friend, Heath Hextall. But Heath is looking for a well-bred and biddable wife, and Joss is far from that. Their lives are turned upside down, though, when a dying man entrusts Heath with an encoded file and Joss becomes caught up in trying to solve the mystery of the file and the man’s murder while keeping Heath safe.

This book has been on my shelves for a long time, which is why I finally picked it up. The premise of the heroine being in love with her older brother’s best friend for years isn’t my favorite—unrequited love seems like a bit of a waste. But I really enjoyed the elements of mystery and intrigue in this story, plus I’m a sucker for Knights Templar and hidden treasure storylines. And of course, I liked Joss and Heath and watching them fall in love. Overall it was a good read, though a month later I do have to admit it was a bit forgettable.

We Gon’ Be Alright by Jeff Chang 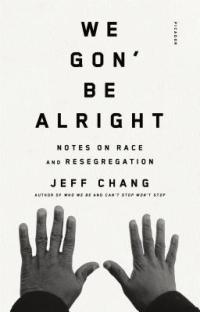 We Gon’ Be Alright is a collection of essays about race, with topics ranging from #OscarsSoWhite to the lasting impact of racial segregation in housing. I decided to buy a copy of this book when I saw it at the Brooklyn Book Festival because of Rincey’s rave review about it. Unfortunately I wasn’t as in love with it as Rincey. I can’t put my finger on it, but I had a hard time following along with some of what Chang was trying to say. That said, it was an interesting read and had some really compelling statistics and definitely got me thinking more critically about race. I’m wondering if this is something I would have enjoyed more if I had read more books about race before picking this book up and was therefore more aware of some of the conversations that Chang was joining with it. I’m not sure, but I definitely encourage you to check out Rincey’s review video to learn more about this book.

Modern Romance is a book about modern day dating and how it’s evolved with the rapid advances in technology, touching on topics from Tinder to sexting to cheating. This book involves a fair amount of psychology, like the power of waiting in the context of what difference it makes to delay responding to a text, as well as the history of dating and the rise of online dating. And as you’d expect, there’s a ton of Ansari’s humor sprinkled in as well, making it a really fun and easy book to read.

I enjoyed this book a ton while also learning a lot, which made it a perfect combo for me. I find the whole concept of dating in today’s world fascinating, and this book looks a lot at online dating and how it works and some of the psychology involved, which I really enjoyed learning more about. Plus this book discusses how and why dating today is so different from only a generation or two ago, and it looks at dating differences between cultures, making it a pretty thorough look at modern romance.

I would also recommend checking out this book on audio! It’s narrated by Ansari, which makes it really entertaining to listen to. And while there are some great graphs in the physical book, I thought Ansari did a good job of making sure you got the main takeaways from the graphs via the audio. This actually made me want to go to the gym so I could listen to it, which should give you a better idea of how much I enjoyed it.

I’m going to skip providing the premise of this book, as it’s the sixth book of a super popular series, so I’m assuming you’re already familiar with it (and if you’re not, the title is linked to the Goodreads page). Tower of Dawn was on my list of most anticipated books this fall, and while I was excited for a new Maas book, I didn’t particularly care about getting a Chaol novella, let alone a full-length novel that runs parallel to events that have already taken place in the Throne of Glass world. So even though this book came out at the beginning of September, I really wasn’t planning to pick it up for a while.

Then all of a sudden a bunch of rave reviews started coming in that got me really excited to read this book, so I decided to go for it. And I was very pleasantly surprised! I really liked learning more about the Throne of Glass world and exploring the Southern Continent, plus I found Chaol’s storyline about being paralyzed really interesting. I’m also a fan of the pairings that result in this book, though I won’t spoil them for you. So yeah, I went from not particularly caring about this book to really enjoying it. I’m slightly concerned that the scope of this series is too big to wrap up in one more book, but I’m still super excited for it to come out next fall!

My Favorite Thing Is Monsters by Emil Ferris

My Favorite Thing Is Monsters is the fictional graphic notebook of 10-year-old Karen Reyes, who lives in 1960s Chicago and is trying to solve the murder of her upstairs neighbor, a Holocaust survivor whose death has been ruled a suicide by the police. As the title suggests, there are a lot of monsters in the book in the form of B-movie horror magazine covers, plus Karen depicts herself as a werewolf.

I ordered a copy of this to read during the Get Graphic Readathon after hearing Emily at Possibly Literate rave so much about this book. Graphic novels really aren’t my reading material of choice, but I can definitely see the appeal in this book. It’s a really interesting coming-of-age story in which Karen is forced to deal with a lot of serious topics for so young an age, and I really liked the World War II elements that were pulled into it. The artwork for this book was really cool—the whole book is very much made to look like a notebook and all of the art is done with ballpoint pen. This isn’t something I would normally pick up, but it’s really unique and different and I enjoyed it a lot. I’m excited for the second and final volume to come out next year.

The Language of Thorns by Leigh Bardugo 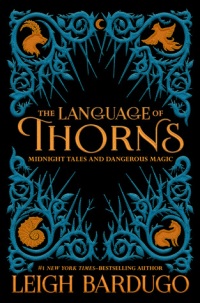 I actually mentioned in my Intimidating TBR Tag post that I wasn’t planning to pick this up for a while because I was more excited about the illustrations than the stories, but I kept hearing other people reviewing and loving it and it was so pretty when it finally showed up in the mail that I decided to go for it. The Language of Thorns is a collection of fairy tales set in the Grishaverse world. You don’t need to have read any of Bardugo’s earlier works to enjoy these stories, though obviously the fact that they’re set in the Grishaverse is the main appeal for most readers.

The illustrations are absolutely gorgeous and I loved seeing them evolve with the story, but I generally wasn’t that invested in these fairy tales. They just didn’t do much for me and I didn’t feel like they opened up more of the Grishaverse, so overall I thought this book was just ok as far as the stories went. It was definitely worth buying a copy for the illustrations, though, and they did an amazing job with the cover and generally packaging this book. It’s a beautiful addition to my bookshelves. 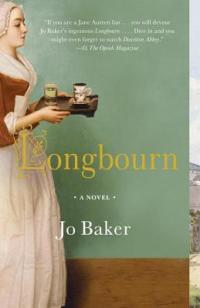 I’m not typically the biggest fan of Pride and Prejudice retellings because so often they pale in comparison to the original, but I thought this would be good because it’s told more in parallel to Pride and Prejudice rather than being a retelling. As it turns out, I didn’t like this book. I didn’t like Sarah as a protagonist and wasn’t overly invested in her story, and I didn’t think this book really contributed anything to my reading of Pride and Prejudice. I could have made myself finish this, but I ultimately didn’t even care what happened in the end and I’ve been forcing myself to read too many other books lately, so I decided to DNF it around a third of the way through. It gets a lot of good reviews, though, so if this sounds interesting to you, you should definitely check it out for yourself. It just didn’t do anything for me.

Alright, I’m going to cut my wrap up off here so it doesn’t get too long. Stay tuned tomorrow to learn more about the rest of the books I read in October! And let me know in the comments how your reading was last month!