I know I’m far from the only person who starts a series and then takes forever to get around to finishing it! It’s a bad habit, especially for series that are already completed, so I figure it’s high time I organize them all into a list so I can make sure to finish or catch up with them! This list includes both completed series and unfinished series that I’m not yet caught up on. 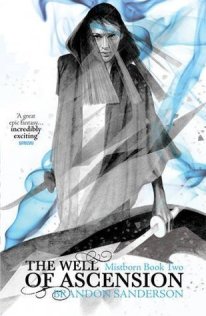 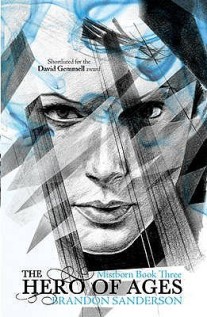 Mistborn is Brandon Sanderson’s epic fantasy trilogy, set in a world in which magic is wielded by consuming and burning metals and the Dark Lord has already won.  This series is iconic, and if you like epic fantasy, you need to read it.

This is the series I’ve started that I most want to finish. I keep hearing amazing things about Sanderson’s works and I’m excited to read them all, but I personally thought the first book in the Mistborn trilogy was just ok, so I’m a bit reluctant to continue the trilogy. Regardless, I consider this a staple that I have to read, so I’m definitely planning to continue with The Well of Ascension and The Hero of Ages.

I was actually super late to this series, which first started in 1996, and only read The Thief last year. The first book follows the story of Gen, an imprisoned thief who is forced to help the king’s scholar find an ancient treasure, though I think the world expands greatly with the second book and starts following more characters.

It was a really fun read and I’m excited to see how the series expands in later books, but for some reason I just haven’t continued with the series. I know Turner just came out with a fifth book in the series, and it looks like there’s a sixth one listed on Goodreads, so I’ve got lots of catching up to do, but I hear such great things about this series that I’m really excited to read more.

Daughter of Smoke and Bone trilogy by Laini Taylor

I’m sure a lot of you know the Daughter of Smoke and Bone trilogy since I’m pretty late to the game in reading it. It’s kind of one of those stories that’s difficult to explain before you get into it, but for those who aren’t familiar, the trilogy follows Karou as she navigates a war between the angels and the chimaera.

This series. I actually really enjoyed the first book, though I had concerns about the scope of future books in the series, and was excited to continue with Days of Blood and Starlight. But then I started the second book, and it was so far from where the first book ended that I read 150 pages and was still confused as to what was going on. I put the book down for several months and finally went back and made myself finish it. I enjoyed the rest of the book a lot, but the second book has kind of burned me on picking up the third book and finishing the trilogy. I’m so close that I really should, especially since the third book is on my shelves, but I’m really not looking forward to it. Plus it’s a massive book. For those who have read this series, do you think it’s worth reading the last book?

The Gold Seer trilogy is a recently completed series that I wouldn’t feel too bad about being behind on if I were only one book behind and not two. The trilogy, which starts with Walk on Earth a Stranger, follows the story of Lee Westfall, who has the power to sense gold during the California gold rush. When her family is murdered, she is forced to flee west while protecting her secret.

I enjoyed the first book a lot, but it was a lot more of a Western and a lot less of a fantasy than I was expecting, and her gold sense didn’t come up that much. Regardless, I’m definitely planning to finish this trilogy. I mean, look at those covers! How could I not? Seriously, though, the series has a really interesting premise and I’d like to see if the magic element comes out more in later books. 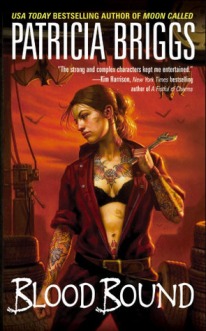 The Mercy Thompson series is currently a 10-book series centered around Mercy Thompson, a coyote shapeshifter who frequently finds herself pulled into the center of werewolf politics and forced to deal with all of the magical creatures living in an urban fantasy version of the Tri-Cities in Washington.

I read the first book in this series for my book club and loved it, and very rapidly read through the next eight books. I’ve said before how much I’m impressed by how these books tie together and a seemingly minor plot point can become the grounds for a later story, plus this series has some great side characters. I enjoyed it so much, though, that I’m reluctant to be completely caught up on it and have therefore been avoiding the last published book, Silence Fallen. I really do need to catch up on this series, though! Plus it looks like there’s another book in the works, though Goodreads doesn’t have it scheduled for publication until 2019.

Ruined is a YA fantasy trilogy that tells the story of Em, a princess who saw her parents murdered and her sister kidnapped and is now driven by revenge. In the first book, she poses as the betrothed of the prince of her enemy kingdom in order to infiltrate the royal family. Only things get complicated the more she gets to know the prince and starts to fall in love with him.

I thought the first book in this trilogy, while surprisingly dark and maybe a little predictable, was still a good read, and I’m invested in finding out what happens. It’s such an interesting world, and I’d really like to see it fleshed out properly in later books. The second book is currently out and the third one is due for release in May 2018.

An Ember in the Ashes by Sabaa Tahir 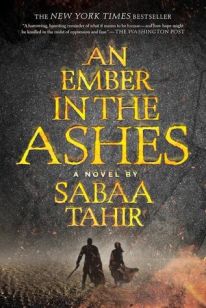 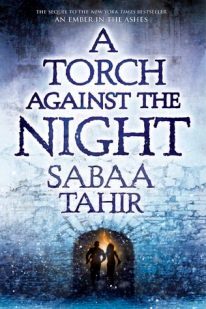 An Ember in the Ashes is a fantasy quartet that follows the story of Laia and Elias. After seeing her grandparents murdered and her brother imprisoned, Laia agrees to go undercover as a slave in the Empire’s greatest military school in exchange for her brother’s freedom, a school where Elias is currently training to be one of the Empire’s greatest soldiers. Only Elias doesn’t want to be there at all and is planning his escape when his path crosses with Laia’s.

I enjoyed the first book in this series a lot, but I didn’t pick up the second one immediately and now I’m just kind of holding off until the third one is released in April so that my wait for the fourth and final book doesn’t feel as long. This is definitely a series I want to catch up on, though; it’s probably my favorite so far among the YA fantasy series on this list.

Trials of Apollo by Rick Riordan

The Trials of Apollo is Riordan’s third five-book series set in the world of Percy Jackson, this time following the god Apollo as he is forced to live as a human in punishment for angering his father Zeus.

I love Riordan’s Percy Jackson books, but I thought Apollo was way too whiney as a protagonist. The first book was still enjoyable and funny, but it’s far from my favorite Riordan book, which has made me less than enthusiastic about continuing the series. I’ve heard that that improves in the second book, though, and as a longtime fan of Riordan’s books, I definitely want to keep reading. So I’d like to catch up on this series before the third book comes out in May, and then do a better job of keeping up with it.

Her Royal Spyness by Rhys Bowen

This is very much a cozy mystery series and I thought the first book was cute, but I haven’t continued the series just yet. My sister got a signed copy of the 11th book for me, though, so I definitely have to keep reading so I can read that one! They’re pretty fast reads, so it probably won’t take too long, I just have to get around to it.

Well, that’s less series than I thought would be on this list, especially the completed ones, but still. These are definitely books I have to keep in mind before I start too many other series!

Now it’s your turn. What series have you started that you most need to finish? Let me know in the comments!

9 thoughts on “Series I Need to Finish”