Have you ever read a book that everyone seems to love and you just can’t figure out why? I mean, some of the books I dislike are generally thought to be just ok, and others I dislike but I can see why they might be a good fit for someone else (*cough* Game of Thrones *cough*). But lately I’ve been reading some books that everyone seems to love but I didn’t, and I’m so confused as to where the disconnect is!

One of those books is The Sea King by C.L. Wilson. I can kind of see this one, as I generally liked the book and understand that some of the things I disliked about the romance and the fantasy plot are very much personal preference. But I don’t understand how so few people picked up the sexual assault and how horribly it was dealt with? The heroine literally got over her assault in two seconds after the hero used his magical pair bond powers to absorb all of her emotions about her assault and fills her with love. I mean, come on. She just went through an incredibly traumatic experience, and you’re going to brush it off that quickly? The book seems to have a lower rating now than it did when I finished it and I’m finally starting to see more reviews critiquing the sexual assault in this book (I only found one when I finished it in November), but there are still tons of rave reviews that I just do not understand whatsoever. 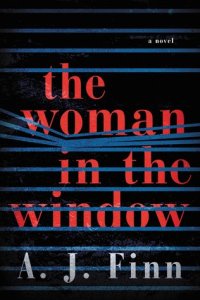 Another is The Woman in the Window by A.J. Finn. I’ll admit, this book isn’t totally in my wheelhouse, and I wasn’t that excited when it was announced as the spoiler for the January Book of the Month picks. But I really wanted to try Book of the Month and I’m trying to read some new things, so I went for it. I had to DNF it. Which is so bizarre, because it has a 4.11 rating on Goodreads! Some of this is personal preference, as I don’t seem to be a fan of the unreliable narrator, but like, I’m just so confused as to what people find likable about this book. The first 150 pages are literally detailing this woman’s life stuck inside her house, plus the writing still was really off-putting for me, and I just couldn’t take it anymore. I’m glad so many people seem to be enjoying this book, I’m just struggling to fathom why. 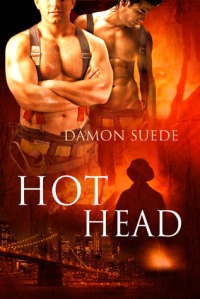 I’m also incredibly baffled by people’s love for Hot Head by Damon Suede. I bought this at a book event where Suede was the moderator because I enjoyed hearing him speak, and Eloisa James spoke highly of his book, so I thought I couldn’t go wrong. But that book was so, so terrible. There was so little character development and it was basically just a set up to write a lot of explicit m/m sex scenes. And neither of the heroes was explicitly gay or bisexual, which was weird. I’ve seen arguments that male romance writers are different from female romance writers and theoretically that could be where my disconnect comes from, but I love Santino Hassell’s writing, so I don’t think that’s it. I think it was just a badly written book with absolutely no character development. But it has a 4.08 rating on Goodreads! Like, what? Were we all reading the same book?

And finally, I’m confused by the love for City of Brass by S.A. Chakraborty. Don’t get me wrong, I totally understand the hype for this book, and overall I did enjoy it and I’m excited to read the sequel. But people are raving about this book and calling it one of their favorite books of the year, and none of them (or at least very few) seem to mention the fact that this is very much a setup for the second book. Which is super weird because a lot of the people I’ve seen obsess over this book are usually pretty critical of first books in a series that just set up the later books, and none of them seemed to mention that for this one. Plus they keep talking about what a strong character Nahri is, but once she gets to Daevabad halfway through the book, she doesn’t really do anything. So yeah, I enjoyed this book and I think my opinion of it will largely be decided by what direction the sequel goes in, but I don’t understand the 4.25 rating for this book on Goodreads.

Anyways, those are some of the books that I’ve read in recent months that I’ve noticed have gotten a lot of love, but that I struggle to understand why they’re so beloved. It’s funny because I’m sure my love for some of my favorite books probably baffles other people as well, but I can’t imagine what they are! Everything I like is objectively good 😉 (this is major sarcasm, by the way, just so we’re clear!)

Have you ever been confused by the hype over a book that you didn’t click with? Let me know in the comments!

6 thoughts on “Books I Don’t Understand the Love For”