It’s time for another season of my most anticipated new releases! I’m so excited about all of the new books coming out in the next three months it’s almost ridiculous. I want these books now!!

I’ve been a big fan of Alisha Rai’s Forbidden Hearts series since it first came out last summer (Hate to Want You was the first arc I’ve ever gotten when I snagged a copy at BookCon), so I’m really excited to continue the series with Eve’s story in Hurts to Love You. The plot really doesn’t even matter because I enjoy these books so much, but it also sounds really good. Eve has always been in love with her older brother’s childhood friend, and Gabe doesn’t think that, as the son of a housekeeper, he has any kind of future with the young heiress. Knowing Rai, it will have lots of angst and be super steamy and generally amazing. 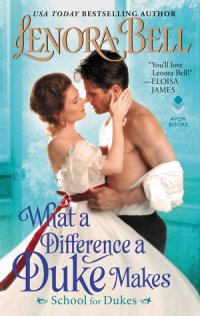 Lenora Bell is another auto-buy author for me, as I really enjoyed her Disgraceful Dukes series. What a Difference a Duke Makes is the first book in her new School for Dukes series and involves a secret romance between a duke and his governess. I’m hoping for all kinds of The Sound of Music vibes! The premise has room for some pitfalls, but I trust Bell to know what she’s doing. Plus it’s been a while since I’ve read one of her books, so I’m excited to check this one out.

So I love Shupe’s Knickerbocker Club trilogy but wasn’t quite sold on her last release, A Daring Arrangement. I’m hoping she can make a comeback with A Scandalous Deal, which follows Lady Eve as she’s swept away by a mysterious stranger on her trip from London to New York, only to find out that he’s her new employer. Plus did I mention it’s a Gilded Age romance?

I’m so excited to be getting another book in the world of A Court of Thorns and Roses! Supposedly A Court of Frost and Starlight is supposed to be told from both Feyre and Rhys’ perspectives, which should be interesting since the bulk of the original trilogy is solely from Feyre’s perspective. I’m really excited to see more of them, and since this is supposed to be a transition book into the next trilogy, I’m hoping it gives us a more concrete idea of what Maas has in store for us with her upcoming books.

Not That Bad is going to be so brutal to read, but I think it’s going to be a really important book, both in general and in light of the #MeToo movement going on right now. It’s an essay anthology about rape culture edited by Roxane Gay, which is pretty much all I need to know to put this on my auto-buy list, and I anticipate it will have a really diverse range of perspectives and be a must-read book.

I really enjoyed When Dimple Met Rishi, so I’m really excited to see what Menon does with her sophomore novel! In From Twinkle, With Love, Twinkle is really excited to gain experience as a filmmaker and spend time with her crush while directing a move for an upcoming film festival, only she soon realizes that she’s falling for her crush’s twin brother. I’m not sold on the film aspect of this book as I’m not a big movie person, but Menon’s first book was so cute that I expect this will be an adorable read as well.

Alright, so those are all of the books I’m most excited about and definitely plan to buy and read right away, but they’re far from the only books I’m anticipating this spring! I have a lot more that are on my radar and that I will probably borrow from the library if I don’t wind up picking them up right away. 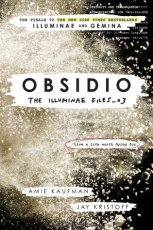 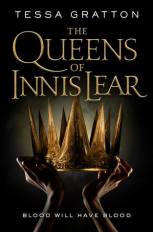 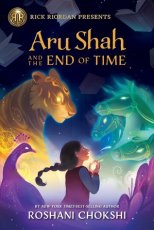 One of those is Children of Blood and Bone by Tomi Adeyemi (March 6, 2018). You know I’m always looking for non-Western-inspired fantasies, and this one is inspired by West Africa and sounds awesome. Basically magic has disappeared from the land where this book is set, and the heroine has to learn to master her powers and bring magic back to her people.

Another book that’s on my radar even though I still haven’t read the first two in the series is Obsidio by Jay Kristoff and Amie Kaufman (March 13, 2018). I’m pretty sure I’m going to love Illuminae, which is a sci-fi novel told through a series of memos and interviews, but I wound up putting off reading it because I knew the third one was coming soon and I’d be able to binge-read the entire trilogy. So I’m really excited for Obsidio to come out so I can finally read these books!

I’m also really excited for The Queens of Innis Lear by Tessa Gratton (March 27, 2018) because it sounds awesome. It’s a fantasy retelling of King Lear, and I’m not sure what else you can ask for in a book. And I’m super excited for Aruh Shah and the End of Time by Roshani Chokshi (March 27, 2018) even though I’m not a big middle grade reader because it’s pitched as Percy Jackson meets Sailor Moon with Hindu mythology. Another winning combination! 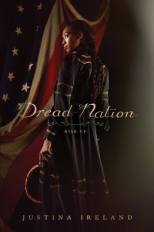 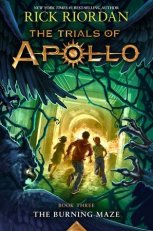 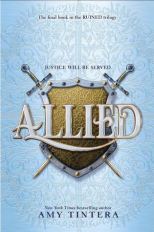 Another book I’m intrigued by is Dread Nation by Justina Ireland (April 3, 2018). I’m really not a fan of zombies, so I’m a bit hesitant about this book even though I’ve heard good things and the cover is awesome. It’s pitched as a post-reconstruction story about racism and zombies in which the dead of the Civil War don’t stay dead, and it sounds like such a unique story that I might have to give it a shot.

The Burning Maze by Rick Riordan (May 1, 2018) should maybe be up with my most highly anticipated releases list, but since I still haven’t read the second book in the Trials of Apollo, it’s hard to say I’m all that excited for the third book. But it’s still very much on my radar, and maybe my opinion will change when I finally get around to reading The Dark Prophecy.

In the same vein as Illuminae, I’ve been interested in Sleeping Giants by Sylvain Neuvel for a while now but just never picked it up. It finally got to the point that I decided it made more sense to wait for the release of the final book in this sci-fi trilogy, Only Human (May 1, 2018), and then binge them all. I can’t wait!

I also have a bit of reading to do before Allied by Amy Tintera (May 1, 2018) comes out. I read and enjoyed the first book, Ruined, a fantasy story about a girl who’s trying to avenge the deaths of her family by murdering a rival royal family, but I need to read the second book before I can finally check out Allied! 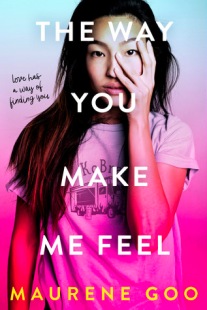 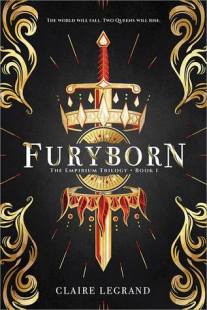 There are also a pair of YA contemporaries coming out in the next few months that I think sound really cute: The Way You Make Me Feel by Maureen Goo (May 8, 2018) and My So-Called Bollywood Life by Nisha Sharma (May 15, 2018). They both have great covers and sweet setups, and I think they’ll make for great summer reading.

And last but not least, I’ve been hearing great things about Furyborn by Claire Legrand (May 22, 2018), and I’m excited for it to finally come out. It follows the stories of two women set centuries apart who are believed to be a pair of prophesied queens with the power to save the world or doom it. It sounds pretty epic!

Whew, so many books are coming out in the next three months! I’m so excited for all of the new books, but can we just freeze time for a second so I can catch up on all of the backlist titles? Because I’m sure I’m going to find even more that I’m excited for as their release dates approach!

Let me know in the comments what March, April, or May release you’re most excited for!