Fall is one of the busiest times of year for new book releases, and there are so many I’m really excited to talk about with you!! 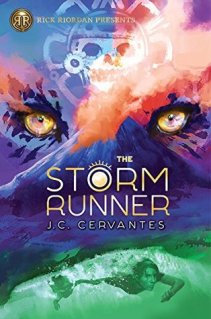 I’m sorry if I’m a broken record at this point, but I’m a huge fan of the premise of Rick Riordan’s new imprint. I think it’s such a great idea to bring in own voices authors to tell all of the mythology stories that Riordan doesn’t have the time and expertise to tell, so of course The Storm Runner had to be on this list. This one involves Mayan mythology, and I can’t wait to read it. Keep an eye out on my blog for an early review, as I’m planning to read my arc soon and share my thoughts!

I have absolutely no idea what Sea Prayer is about, but it really doesn’t even matter because it’s by Khaled Hosseini. I was a huge fan of his books in high school, especially A Thousand Splendid Suns, so I definitely plan to check out his latest release.

Update: I looked into it a bit, and apparently Sea Prayer is a short, illustrated book about the refugee crisis, which makes me even more interested. I love illustrated books, and I’m really interested in learning more about refugees, especially since I read The Displaced edited by Viet Thanh Nguyen.

For the Duke’s Eyes Only by Lenora Bell (September 18)

It’s been so long since I read a Lenora Bell book that I wasn’t initially planning to include For the Duke’s Eyes Only on this list, but I finally read her last release, What a Difference a Duke Makes, and really enjoyed it, so of course I had to look into her next book. And guess what? It involves a lady archaeologist! And it’s hate to love! Basically, the heroine (who was great in the last book) and hero are both archaeologists who absolutely hate each other because they have such different approaches to archaeology. But the two are forced to work together when a priceless antiquity is stolen from the British Museum. Seriously, this is one of the best premises I’ve heard of in a long time and I can’t wait to read it. 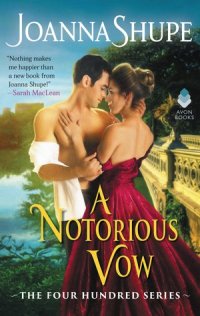 Deborah Harkness’ new book is almost here!!! Time’s Convert is the continuation of her popular All Souls trilogy, focusing on Marcus and his backstory as well as his developing relationship with Phoebe, who was introduced in the original books. I’ve already read this one and really enjoyed it (check out my review here), and I’m so excited for everyone else to finally get their hands on it as well! It was so much fun to revisit the All Souls world, and I think fans of the original trilogy are going to really enjoy this continuation.

I’ve been waiting for A Notorious Vow for so long. Seriously, when Joanna Shupe mentioned it at an event in December, my ears perked right up. I’m a huge fan of Shupe’s and I’m especially interested in a book featuring a deaf hero, as I’m not sure that’s something I’ve ever seen in a romance before. Blind, yes, but not deaf. Plus it ties in with the early development of American Sign Language, which sounds super interesting.

I was fortunate enough to be approved for a digital arc of this book, and I’m pleased to report back that I loved it! Oliver is such a wonderful hero, and I really enjoyed his story. Keep an eye out on my blog for a roundup of a bunch of romance arc reviews soon to hear my full thoughts!

I really enjoyed The Gentleman’s Guide to Vice and Virtue, so I’m excited to return to this world with The Lady’s Guide to Petticoats and Piracy! Plus I’m a really big fan of Mackenzi Lee’s. I mentioned in my post about my favorite authors to follow on social media how much I enjoy her recommendation videos for Epic Reads, but I’m also now obsessed with her new St. Bernard puppy that she keeps posting pictures of on her instagram. She’s literally the cutest! But knowing Lee, her latest book release is going to be really fun and funny, and I can’t wait for it. Oh, and it has an asexual protagonist! I think that’s a part of the LGBT spectrum we don’t hear from much, so I’m excited about the representation in this book. 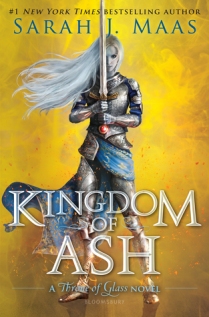 I know I’m not alone in being super obsessed with Ella Enchanted, which is probably my absolute favorite book from my childhood. So when I heard Gail Caron Levine was coming out with another book in the same world, this time called Ogre Enchanted, of course I had to put it on this list! This is another book I was lucky enough to get at Book Expo, but I haven’t read just yet. Soon, though! It looks so adorable.

It’s almost here! The end of an era! We’re finally going to get a resolution to that horrible cliffhanger at the end of Empire of Storms! I’m always going to be excited for any new Sarah J. Maas release, but I’m especially excited for Kingdom of Ash since it’s the conclusion to the Throne of Glass series! I can’t wait to read this book. I would consider taking the day off of work to read it if I weren’t already going on vacation shortly after, but I will definitely be reading this immediately upon release.

The Other Miss Bridgerton by Julia Quinn (November 20)

Julia Quinn is an autobuy author for me, so of course her latest release, The Other Miss Bridgerton, is on my list of most anticipated upcoming books! I’m especially excited for this one because it’s a pirate story, and it’s been a long time since I’ve read a good pirate romance! Apparently the heroine, Poppy Bridgerton, is kidnapped when she stumbles across a smugglers’ hideaway in a cave and brought aboard a ship, which turns out to be captained by none other than her neighbor, Andrew Rokesby, though of course she doesn’t recognize him!

In addition to the list above, there are a bunch of other releases that are on my radar this fall that I wanted to be sure to mention! First is Two Dark Reigns by Kendare Blake (September 4). I’ve been meaning to read the Three Dark Crown books for ages and still haven’t gotten around to it yet, but I’m excited to see the series continue and will hopefully use this as an extra incentive to finally read these books!

I’m also excited for Intercepted by Alexa Martin (September 11) to be released! I got an advanced copy of this at the RWA Blogger Day and really enjoyed it, and I’m excited for other people to be able to read it. My full review will be coming shortly!

The 7 1/2 Deaths of Evelyn Hardcastle by Stuart Turton (September 18) is also coming out this fall. This has been out in the UK for a while and I’ve heard good things. I snagged an arc of it at Book Expo this past spring but still haven’t circled around to it yet, but I’m definitely planning to before it’s released.

Then there’s Vengeful by V.E. Schwab (September 25). Vicious has been sitting on my shelf for ages and I still haven’t read it yet for some reason even though I think I’m going to love it. So I can’t say I’m highly anticipating Vengeful when I can’t actually read it yet, but it’s definitely on my radar and I do want to read Vicious sooner rather than later.

I’m pretty sure What If It’s Us by Adam Silvera and Becky Albertalli (October 9) is going to be on everyone’s lists for this fall, and I’m most likely going to be swept up in the hype and wind up reading it too, even though I’m not sure it’s necessarily at the top of my list. But I’m excited for what’s proving to be such a mega release!

Coming out the same day is Odd One Out by Nic Stone (October 9). I was really impressed by Stone’s debut release, Dear Martin, and have heard good early reviews of her sophomore novel, so I’m excited to finally be able to read it!

Another fall release I want to give a shoutout to is The Proposal by Jasmine Guillory (October 30). I thought The Wedding Date was overhyped, so I’m a little hesitant about this one, but it sounds like a cute premise (a big screen proposal at a sporting event gone wrong) that involves a great side character from the first book, so I’m sure I’ll wind up picking this book up eventually.

And last but not least is Girls of Paper and Fire by Natasha Ngan (November 6). This is a dark, own voices YA fantasy that sounds pretty interesting, so while a lot of YA fantasy has been hit or miss for me lately, I’m still excited to give this a try. Plus I have an arc of it from Book Expo, so I’ll definitely be reading it this fall.

I wasn’t kidding when I said fall is one of the most popular seasons for new releases! There are a crazy number of books coming out in the next three months that I’m incredibly excited for, as you can clearly see.

What books are coming out this fall that you can’t wait to read? Let me know in the comments!

7 thoughts on “Most Anticipated Books of Fall 2018”

Lol, I'm two days into my impromptu instagram challenge, and I already forgot to take a pic of my next read when I was out and about today! I started reading this for my book club, but had to start skimming. Let's just say I'm not a fan of this book and I need a palate cleanser.
So I kind of want to try a post a day throughout January and document more of what I'm buying and reading. We'll see if I stick with it or not! Regardless, my very first read of the year is Rebecca Roanhorse's Race to the Sun, which will be released Jan. 14. It's a middle grade fantasy about a Navajo girl who can see monsters. I LOVE Roanhorse's Sixth World series and am so excited to be reading an early copy of Race to the Sun!