The weight of my tbr is feeling particularly crushing right now, which has motivated me to make overly ambitious plans for my October. I definitely won’t read all of these, but I know I’m going to get to at least a few! 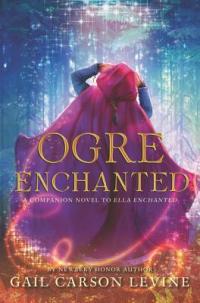 At the top of my priority list is Ogre Enchanted by Gail Carson Levine, which I’d like to read before its release on October 16. Ella Enchanted is one of my favorite books of all time, and I’m so excited to see Levine writing another book set in the same world!

Much, much lower on my priority list is Girls of Paper and Fire by Natasha Ngan. This book isn’t out until November 6, but I was hoping to read it before visiting my sister so I could just leave it with her. Unfortunately, though, I’ve had to put it down for a while. I’m enjoying the protagonist, Lei, and the world Ngan has created, but I’m really struggling with the fact that Lei has been kidnapped to be a concubine to the king, and his rape of her is constantly hanging over her head in this book. With the Kavanaugh hearings going on and all of the horrible treatment of women that’s in the news, I just needed to take a step back from this book for a bit. I’m about a third of the way through and enjoying it (with the exception of the looming rape), though it’s actually a bit slow. But I really want to support this diverse, multicultural fantasy featuring a f/f relationship, so I’m hoping I’m up for making my way back to it before its publication next month.

If I have time, Avon did send me two books as part of the Avon Addicts program that are coming out soon that I’d like to read before their publication. Duchess by Design by Maya Rodale is out on October 23, and while I still haven’t found a Rodale book I love and am about to stop trying, this one is set in the Gilded Age and has a seamstress heroine who sews pockets into women’s dresses, so I’m definitely intrigued. I also received a copy of A Duke Changes Everything by Christy Carlyle, a debut out on November 27 that looks promising. But these two books are definitely not on my priority list.

The last arc I want to mention, which I might honestly be halfway through by the time this post goes up, is 99 Percent Mine by Sally Thorne. I loved Thorne’s debut The Hating Game, and I’m over the moon that I was approved for a digital arc on Edelweiss, so even though this book isn’t out until January, I don’t think I’ll be waiting long to pick this one up! 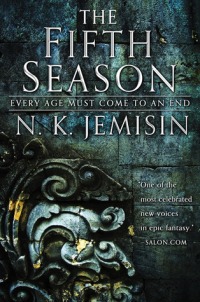 Also on my priority list are the books I’ve purchased this past month. Sadly, I somehow did not quite make it to The Fifth Season by N.K. Jemisin, so that really has to happen. Seriously, it’s embarrassing that I haven’t read it at this point because I’ve heard such amazing things about it and it’s literally been sitting on my nightstand for more than a month! So it’s definitely happening. 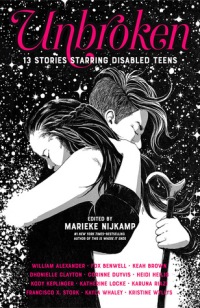 I also purchased a copy of Unbroken: 13 Stories Starring Disabled Teens edited by Marieke Nijkamp, which I bought at a book launch in September. It’s a collection of short stories about disabled teens, and I think it’s so important for a book like this to be published. I’m already about halfway through it and might even be finished by the time I post this, but if I’m not, I’ll definitely be finishing it in October.

And last but not least, I was lucky enough to win a copy of Wild Beauty by Anna Marie McLemore in a giveaway hosted by Emily at Possibly Literate! I’m a big fan of her YouTube channel and highly recommend you go check it out! I’ve been wanting to read this book based on Emily’s recommendation, so I’m really excited to have my own copy. And it’s perfect timing considering it’s National Hispanic Heritage Month!

Speaking of National Hispanic Heritage Month, seeing a bunch of great recommendation videos and tbrs in honor of the event is making me want to do my own mini Latinx-themed tbr, so in addition to reading Wild Beauty, I’d like to get to Take the Lead by Alexis Daria, which I’ve been meaning to read for months! I also have two memoirs by Latina authors that I’ve been wanting to pick up, My Beloved World by Sonia Sotomayor and In the Country We Love by Diane Guerrero, so I’m hoping to make a dent in one of them in October.

I am also very overdue to finally finish my Harry Potter reread with Harry Potter and the Deathly Hallows! It’s not necessarily a top priority, but it’s definitely on my radar.

Oh, and I almost forgot about new releases I’ll be reading in October! I’m really excited for The Lady’s Guide to Petticoats and Piracy by Mackenzi Lee to come out on October 9, and I’ll definitely be reading it sooner rather than later. And we’re finally getting the conclusion to the Throne of Glass trilogy! So Kingdom of Ash by Sarah J. Maas, out October 23, is also on my tbr for this month.

Then there are the books I’m currently reading…in addition to Unbroken and Girls of Paper and Fire, I also started reading The First Tycoon by T.J. Stiles in September, and I’d like to keep making progress on it. I’m also irritated with Rebecca by Daphne du Maurier for sitting on my nightstand since I first started it in May and really want it to go away already, so I think it’s time to give it one more try.

By my count, I’ve already mentioned 16 books in the tbr, and promised to prioritize nine of them, so I should probably stop while I’m behind, right? Nope. I have a bunch of other books on my shelves that I keep eyeing and want to mention here.

For instance, while the Kavanaugh hearings make me want to curl up with a good romance and escape the world, they also really make me want to honor people who have come forward about their assaults by reading their stories, which is pushing me to finally pick up Not That Bad edited by Roxane Gay.

I’m also embarrassed I haven’t read The Belles by Dhonielle Clayton yet considering how many times I’ve seen her speak in person and how impressed I am by all of the really smart and insightful things she has to say. So I’m long overdue to read this book.

And as a big fan of V.E. Schwab and as much as I enjoy following her on social media, it’s shameful that I haven’t read Vicious yet, especially since I’m pretty sure I’m going to love it! And Vengeful is finally out, so I’m super overdue to read Vicious.

Granted, I mention all of these grand plans, and there’s a good chance I’ll just say screw it and curl up with a bunch of romance novels this month, which I’m also totally cool with, but we’ll see. Fortunately I think things are going to slow down a bit for me in October after an absolutely crazy September, so maybe I can do all of this and more! A girl can dream, right?

Are there any books on my tbr that you think I need to pick up first? Let me know in the comments, along with your own reading plans for October!