It’s time again for Nonfiction November! There are so many new nonfiction books I keep adding to my shopping cart and really want to buy, but I’ve recently renewed my attempt to get my tbr down to zero, so I’m going to resist and stick with reading what I currently own.

If you aren’t already planning to participate in Nonfiction November, you absolutely should! The goal is just to get you to read more nonfiction than you usually do, and you only have to read one book in the course of the month to consider yourself a participant.

If you’re interested in joining the readathon, be sure to check out the announcement video here and join the Goodreads group here. I also put together some recommendation posts last year that you can check out here and here, which include recommendations for newcomers, history readers, memoir lovers, feminists, romance addicts, and more! And stay tuned because I’m thinking of putting some more together this year, too.

Unlike last year, when I chose to focus on getting through one massive biography (FDR by Jean Edward Smith), this year I want to try and finish at least one nonfiction book per week, plus work on a couple of others in the background. I’m also thinking I’ll write full reviews for the books I read for the readathon like I did for Feminist Lit February.

I do have a few fiction books I’d like to get to this month, and you can check those out at the end of the post.

City of Thorns by Ben Rawlence 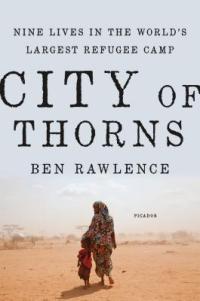 City of Thorns is one of the nonfiction books that’s been sitting on my shelf the longest, so I’m way overdue to tackle it. It’s about the Dadaab refugee camp in Kenya and follows several different people living in the camp and their experiences there.

I’ve thought for a long time that I know an embarrassingly little amount about the refugee experience, and while I’ve definitely learned more this year with books like The Displaced edited by Viet Thanh Nguyen and The Best We Could Do by Thi Bui (both of which I highly recommend), I still know next to nothing about what it’s like in a refugee camp, and I want to learn more. This book seems like a great way to do that. It’s not own voices, unfortunately, but it sounds like the author is really educated and handles the story respectfully, so I’m excited to read it. 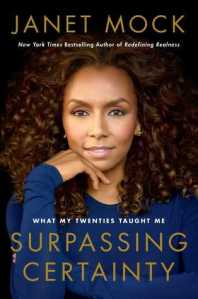 I actually have several memoirs on my shelves that I’m really interested in reading and wasn’t sure which ones to pick for Nonfiction November, but then Trump announced he wants to define gender in a way that erases transgender people, and my first memoir choice was picked for me.

I really enjoyed Janet Mock’s first memoir, Redefining Realness, about coming into her own as a transgender woman and ultimately undergoing sex reassignment surgery. It was incredibly powerful and intimate and such an important read. I’ve been wanting to read her sequel memoir ever since, which focuses more on her life in her twenties once she moves from Hawaii to New York and becomes a professional writer. Considering how impressed I was by her first memoir, I have no doubt that Surpassing Certainty will be equally impressive. 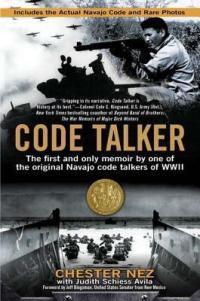 I wasn’t kidding when I said I couldn’t pick what else to read for Nonfiction November, so I ran through the options with my husband and told him to pick one. He decided on Code Talker: The First and Only Memoir by One of the Original Navajo Code Talkers of WWII. I actually don’t know much about the Navajo Code Talkers other than what’s kind of common knowledge, so I’m really interested in learning more about them and their role in World War II. Plus I think Native voices are some of the most underrepresented voices in publishing, and I really want to do what I can to combat that and learn more about Native American history since it’s largely been erased from the American history curriculum. Also this is a super fascinating piece of history and I’m excited to learn more. 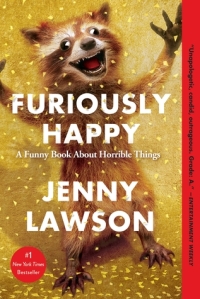 The last book I settled on for the readathon is another memoir, Furiously Happy. I tend to pick memoirs so I can learn about someone else’s life, and that’s definitely a lot of what drew me to Furiously Happy, which is Jenny Lawson’s memoir about dealing with severe depression. I’ve done a decent job this year reading books by authors of my diverse races and ethnicities, but I definitely need to step up my game when it comes to disabilities and mental illness, and this book is definitely a step in the right direction. Mostly, though, I keep hearing what a funny book this is, and I could definitely use a laugh given the news these days. Plus I’ve heard so many amazing things about this book that I can’t wait to read it for myself.

There are a few other nonfiction books I want to mention for my tbr. One of them is Not That Bad edited by Roxane Gay, a collection of essays looking at rape culture in America. I’m about a third of the way through it right now, and I’d like to push myself to finish it in November.

I’ve also kind of started reading The First Tycoon by T.J. Stiles, a biography of Cornelius Vanderbilt. I read about 30 pages in September but haven’t made much progress since. I’m not going to push myself to finish it during Nonfiction November, but I do want to finish it by the end of the year, so I’d like to make progress on that as well. Let’s say maybe try to make it through half of the book this month?

And finally, when I have the chance, I’d like to listen to the audiobook of In the Country We Love by Diane Guerrero, the actress’ memoir about her parents’ deportation when she was in high school. I have a physical copy of this, but Guerrero narrates the memoir herself, and I always enjoy listening to memoirs narrated by the author.

So I have plenty of nonfiction to keep me busy throughout the month, but there are a few fiction books I’m planning to get to in November as well.

I want to make it a priority to read the January arcs that I have: The Girl King by Mimi Yu and A Curse So Dark and Lonely by Brigid Kemmerer. I’m really excited about The Girl King, which involves three siblings fighting to take control of their father’s throne and promises to have lots of political intrigue. Plus there are shapeshifters! I’m also looking forward to A Curse So Dark and Lonely, which I think is a Beauty and the Beast retelling and looks like it’ll be a good YA fantasy romance. Both of these books are out in January, so I definitely want to get to the arcs in November. Especially because one of the arcs I’m planning to read in December is the absolutely massive Priory of the Orange Tree. My copy is 842 pages! And the spine is actually two inches thick! It’s going to take me ages to make it through that thing, but I’m really looking forward to it. I just have to make it through the January releases first.

Those two books are by no means short fantasies, but I still want to throw one more massive fantasy into the mix: Harry Potter and the Deathly Hallows by J.K. Rowling. I think I’ve mentioned this in my past two tbrs, and I will continue to do so until I actually read it and finish my reread of the series. I’m actually not sure why I’ve been putting it off, but I’m long overdue to wrap up this reread, so it’s happening in November!

And last but not least, I finally read The Fifth Season by N.K. Jemisin in October and absolutely loved it, so I want to keep the momentum going and pick up The Obelisk Gate in November. Frankly, this might not happen since I have so many other books I want to read, but it’s definitely on my radar!

As if that weren’t enough reading, I also low-key want to participate in Lalathon at the beginning of November and read some of Kayla’s favorite books with her. Seriously, the first thing that came to mind when she said she was doing this readathon was to finally read The Raven Boys by Maggie Stiefvater, since I know that’s one of her favorite series and I’ve been meaning to read it for a while.

I’m not sure if I’ll get to that with my push to read my own books, but if not, I’ll for sure be reading Wild Beauty by Anna Marie McLemore! I just started this book before putting it down to read Kingdom of Ash, and I decided to wait to keep reading it for Lalathon. This might wind up being the only book I read for the readathon, but I think it’s a good pick if that winds up being the case!

Ugh, I’m doing it again: putting waaaay too many books on my tbr than I can feasibly read in a month. I’m definitely committed to reading the four books I outlined above, though, plus powering through the two arcs. If that’s all I make it to this month, I’ll be pretty happy with myself, but I think I can actually hit up a lot on this list. I guess we’ll see how it goes!

What are you planning to read in November? Let me know in the comments!