It’s time for another list of my most anticipated new releases! The list is rather short this time around, but it features all books from some of my favorite authors of 2018, so I’m really looking forward to them. 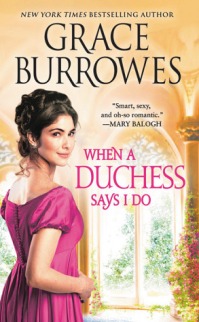 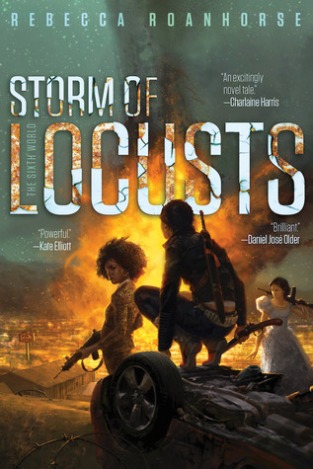 When a Duchess Says I Do by Grace Burrows (April 2)

To be completely honest, I have no idea what When a Duchess Says I Do is about. And frankly, it doesn’t matter. I recently read My One and Only Duke by Grace Burrows and was so blown away that I immediately bought a physical copy of the book and added the sequel to my TBR. So go read that one before April 2! It’s about a man on death row who offers to marry a pregnant woman he meets in prison in order to give her the protection of his name. Only when it turns out that he’s the heir to a dukedom and pardoned from death row, their marriage that was supposed to be temporary suddenly becomes real. It’s such a crazy premise, but it’s a really good story! And I really enjoyed the family we were introduced to in that book, so I’m really excited for the cousin to get his own book.

A Prince on Paper by Alyssa Cole (April 30)

I’m a huge fan of Alyssa Cole’s, so of course any of her new releases are going to wind up on my most anticipated list (don’t forget that An Unconditional Freedom, the third book in her historical Civil War series, is out on February 26!). I’ve been really enjoying the Reluctant Royals series and was especially blown away by A Duke by Default, so I’m really looking forward to Cole continuing the magic in A Prince on Paper. It’s a hate-to-love, fake engagement story, and I think it’s going to be awesome.

ALSO, to tide us over until the end of April, Cole is also releasing another novella in the Reluctant Royals series, Can’t Escape Love (March 19)! I’m not usually a huge novella fan, but I think Cole is an exceptionally strong romance novella writer, so I’m looking forward to this book. Plus, how cool is it to see a woman in a wheelchair on the cover?!

The Bride Test by Helen Hoang (May 7)

I’m not alone in being blown away by Helen Hoang’s debut novel, The Kiss Quotient, and I’m so excited to see what she does with her sophomore book, The Bride Test! Plus I’m just really intrigued by this premise, which involves the autistic hero’s mother returning to Vietnam to find a bride for him, and a bride who’s attempts to seduce the hero result in her being the one to fall in love. I’m sure it will be another great romance, and I can’t wait. Also, in case you haven’t heard the news yet, Hoang just announced that she has a contract to write five more books featuring Michael Phan’s sisters!

Aurora Rising by Amie Kaufman and Jay Kristoff (May 7)

I’m the worst, as I don’t know much about Aurora Rising, either, other than it’s by Amie Kaufman and Jay Kristoff (whose Illuminae series was on my 2018 favorites list) and the caption for the series is “They’re not the heroes we deserve. They’re just the ones we could find.” I have no doubt that this will be an incredibly fun read!

I was REALLY looking forward to the final The Queen’s Thief book by Megan Whalen Turner, Return of the Thief, which was originally scheduled for a March 2019 release date. But I’m disappointed to say that its release date has been pushed back to August 2020! I’m sure it’s for the best, but it’s still really disappointing. At least I have a bunch of other amazing reads to keep me busy in the meantime.

Anyways, those are the five books I’m most excited to read in the next three months. There are definitely a lot more coming out that are on my radar, but these are the ones I for sure know I’ll be picking up as soon as they hit shelves!

What books are you most looking forward to being published this spring? Let me know in the comments!

6 thoughts on “Most Anticipated Books of Spring 2019”