I love romance, but paranormal romance isn’t the subgenre I normally gravitate towards (historicals for life!). But when I saw Jenica absolutely fly through Nalini Singh’s Psy/Changeling series, I had to give it a shot. Surprise, surprise. I got completely hooked too! So of course I had to review the series after making it through all 15 books!

For those who aren’t familiar, the Psy/Changeling series is an iconic paranormal romance series following various couples in the Psy/Changeling world, an urban fantasy world comprising three races: the Psy, known for their mental superpowers; the Changelings, who can shapeshift into various animals; and humans, who are widely considered the weakest race. In an effort to combat a rise in violent tendencies in their population, the Psy decided 100 years before the series is set to undertake something called Silence in which they train children to be coldly logical and feel no emotion. 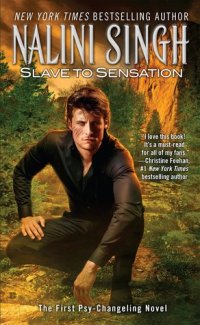 The series opens with one Psy, Sasha, knowing that her Silence is flawed and trying desperately to hide the fact that she can acutely feel emotion. The daughter of a high-ranking Psy official, she’s introduced to the alpha of the local leopard pack through a proposed business venture, but their relationship evolves as the two of them work to track down a Psy who’s murdering changeling women. As the series progresses, though, we start to realize that there are serious problems with Silence and that it’s starting to kill the PsyNet, the psychic network to which all Psy are connected and that gives them the biofeedback they need to survive, creating a dangerous backdrop for the other couples we’re introduced to as the series progresses and the world expands.

I’ll admit, I was pretty reluctant to start these books because they just don’t sound like something I’d enjoy, and I think the covers are awful. And thank god I didn’t realize how many books were in the series or I might never have committed. But Jenica at Firewhiskey Reader is such a fan and we like a lot of the same things, plus I know Slave to Sensation is a classic of the romance genre, so I decided to give them a try. I was not prepared to become quite so hooked!

It took a lot of willpower not to race through the entire series, but I made myself take breaks after a few books so that I wouldn’t burn out on them like I started to with Maisey Yates’ books last fall. I think taking it slow is probably still the right move for me as I wouldn’t have liked reading so many books from the same genre in a row, but I didn’t feel like these books were too repetitive or interchangeable. Singh did an amazing job creating distinct characters and relationships in each book as well as developing the world as the series progressed, so I think these could easily be binged if you’re up for it.

What primarily drew me to these books were the characters. Singh somehow managed to get me really invested in all of these romances, even ones I didn’t think I’d especially care about because I wasn’t already invested in the characters before their story started. She just writes romance really, really well, and I enjoyed every minute of it.

Plus I really liked how the nature of these different races really played into the romances, making the stakes extra high when dangerously powerful Psy couldn’t control their powers when letting their emotions loose or when dominant female changelings had to deal with potentially less dominant mates. It made for some interesting dynamics by really ramping up certain traits we see in the real world.

Of course, I also kept racing through the Psy/Changeling series because the stakes of this world as a whole were just so high. These books definitely have some thriller elements, and there are just a lot of dangerous, tense situations that these characters have to work through in order to literally save the world. Obviously being invested in the next set of characters to get their own story was a big motivator to keep reading, but so was the need to know how they were all going to help get the world out of the mess that the Psy created when instituting Silence.

For those of you wondering if you can skip to certain books in the series, I’d say the worldbuilding is the major reason you have to read them all in order. There’s just too much going on to really enjoy one of the later books without starting at the beginning, but the good news is that Slave to Sensation is a really great gateway drug to this series!

Obviously there were some books that I enjoyed in the series more than others. A lot of the characters had really tragic backstories that were sometimes hard to read, and Singh does have a propensity for story lines where one of the main characters has some sort of terminal illness, whether psychic or physical. I didn’t mind it once, but I definitely noticed when she did it twice, and raised my eyebrows when she did it a third time. So I can’t say I loved them all equally, but I thought they were consistently well done and enjoyable.

Sadly, I cannot rank these books against one another as I didn’t start out comparing them from the beginning like I did with the Bridgerton books, but I can let you know which ones really stood out for me. My favorites are by far Caressed by Ice, Branded by Fire, and Play of Passion. Each of those books had tropes or elements I really like, and I definitely got the most swept up in those three stories. Plus Allegiance of Honor was a great opportunity to revisit some of my favorite couples (the pupcubs!) and see them navigate their way towards creating a world post-Silence. Though one of my friends pointed out that it is an incredibly childcare-focused book, and now I can’t unsee it… 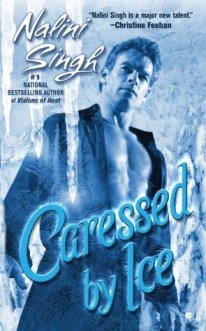 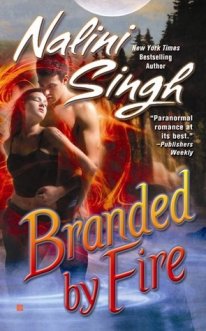 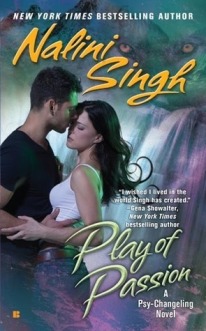 As for least favorites, the only book I really didn’t care for was Mine to Posses. Clay and Tally’s story was so sad and full of pain, and it just didn’t work for me. Also, while I enjoyed Tangle of Need, I was underwhelmed by how little time we spent with the main couple. This book was much more transitional and about the broader Psy/Changeling world than any other installment in the series, and while a lot of that worldbuilding was necessary, I felt like it was at the expense of the romance.

Shockingly, even though I’ve read 15 books set in this world, I’m still not ready to be done with it. Thank god Singh is writing a continuation of the series! I am going to take a bit of a break because there are a ton of other books on my shelves that I’m excited to get to right now (hello KissCon arcs!), but there are currently two books out in the new Psy/Changeling series, called Psy/Changeling Trinity series, plus a third one due out this summer. And Singh has another series, the Guild Hunters series, to keep me busy while I wait. (Seriously, it’s at 12 books right now. How is this woman so prolific?!)

But in case you haven’t gathered yet, I highly, highly recommend this series! I think longtime romance readers plus more fantasy/paranormal readers will really enjoy them.

Have you read the Psy/Changeling series yet? Let me know your favorite installment in the comments!