Soooo many exciting books are coming out this summer! Strap in, because this installment of my most anticipated books is going to be a long one.

The Rogue of Fifth Avenue by Joanna Shupe (May 28)

So there was a bit of confusion as to when The Rogue of Fifth Avenue was coming out–Goodreads was telling me June 4, but it’s actually May 28, which is why it wasn’t in my list of most anticipated books this spring. I’m always excited for a new Joanna Shupe book, and I’m especially excited that Frank gets his own book after appearing in the last several of her Gilded Age books. Plus, just look at that cover!

PS: I got an arc of this at KissCon and it was excellent! Everything I love in a Joanna Shupe book!

In case you missed it, I am officially obsessed with Nalini Singh’s Psy/Changeling series! I’ve been fortunate up until now that I’ve been able to binge the series and not wait for new releases, and I’ve been deliberately waiting to read Silver Silence and Ocean Light, the first two books in the new series, so that once Wolf Rain is out, I’ll have three more to binge before I have to wait like everyone else. But even though I’m not looking forward to having to slow down my pace, I’m incredibly excited for Wolf Rain to be released! And there’s always the Guild Hunter series to keep me busy…

Side note: I can’t believe these are only published in hardcover! I already have a bunch of the original series in paperback, and I refuse to switch to hardcover, so it sucks that I have to wait another three months to add Wolf Rain to my shelf.

You might wonder why Ayesha at Last is on my list of most anticipated books given the fact that I don’t really like Pride and Prejudice retellings. Well, to an extent, I just can’t help myself because I love Pride and Prejudice so much and I think it’s fun to see how people reinterpret it. But mostly, there is an embarrassing dearth of #ownvoices Muslim romance and I want to support the few there are! So I will definitely be checking this out once it’s released in the US.

So one of my personal reading goals is to try and read a f/f romance for every m/m romance I read, since most LGBTQ+ romances tend to be m/m and I think that’s wildly unfair and rather problematic, especially when considering it’s mostly straight white women writing those stories. But it’s surprisingly hard to find traditionally published f/f romances, especially historical ones, which is part of why I’m so excited that Avon is publishing The Lady’s Guide to Celestial Mechanics! Also, it sounds pretty awesome. It’s a historical between a lady astronomer and an explorer’s widow, and I can’t wait to read it. 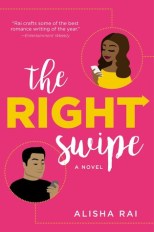 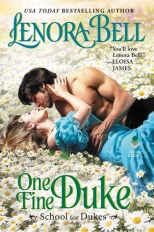 Say No to the Duke by Eloisa James (June 25)

I’ve become a big Eloisa James fan this past year after getting hooked on a few of her books that I had picked up at one of her book launches, and I’ve especially been enjoying her current Wilde series. I feel like it’s been a while since we’ve seen a big family each get their own romance a la the Bridgertons or Mallorys, and it’s so much fun! So of course I can’t wait for her latest release, Say No to the Duke, which finally features a Wilde sister!

PS: I got an arc of this at KissCon, too. It’s another solid addition to the Wilde series!

Do I really need another reason to put The Right Swipe on my list other than that it’s a new Alisha Rai? Plus I really liked getting to know Rhi in Hurts to Love You, so I’m excited she’s getting her own book!

I’m officially obsessed with Kill the Queen, so of course I needed the sequel as soon as I finished it! I was lucky enough to get an arc of the sequel, Protect the Prince, and let me tell you, it’s even better than the first one! I’m not sure how that’s possible, but it is, and I think fans of Kill the Queen will be incredibly pleased with the sequel. Keep an eye out for my review closer to the publication date. And if you haven’t yet, be sure to pick up Kill the Queen!

Lenora Bell is possibly my favorite underrated romance author. She just writes such delightful romances, and I’ve enjoyed them all, so of course I can’t wait for her next book to come out. Plus, the cover of One Fine Duke is so gorgeous! 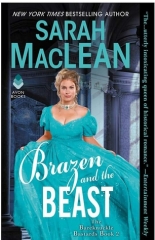 Brazen and the Beast by Sarah MacLean (July 30)

I’m sorry, there’s a lot of autobuy authors in this post and not much explanation for why you should be excited about these books, too! Basically, Sarah MacLean is the best, and even though her last few romances haven’t really been my thing, MacLean is just such an amazing, consistent writer and a longtime favorite, and I can’t imagine not picking up her newest release. So I’m excited for Brazen and the Beast!

Wow, it’s been a while since I’ve read a Red Rising book. I didn’t realize how long it’d been, and my fingers are super crossed that Dark Age doesn’t get pushed back again. I’m sure it will be worth the wait, though! I do have to admit, I wasn’t thrilled with Iron Gold, but I’m hoping Brown can pull things together in Dark Age and recapture the magic of the original Red Rising trilogy. I guess we’ll see come this summer!

Love and Death Among the Cheetahs by Rhys Bowen (August 6)

I’m surprisingly invested in the Royal Spyness series, which I reviewed here, so of course I have to pick up the latest installment. I’m especially excited for Love and Death Among the Cheetahs specifically because it takes place on Georgie and Darcy’s honeymoon, and I’m dying to get more of a glimpse into their married life. I just really need them to live happily ever after (and solve murders together), ok?

This is a bold statement, but if I had to pick one book I’m most excited for from this list, it might be The Wallflower Wager by Tessa Dare. Dare is quite possibly my favorite romance author; I just love how sweet and fun and funny her romances are, and I’m obsessed with so many of her books, including the previous installment in this series, The Governess Game. And how pretty is this cover? Seriously, I CANNOT wait to get my hands on this one!

Sorry, there’s a lot of rather incoherent chatter in this post, but basically a lot of my favorite authors have books coming out this summer and I need to read them all now! What books are you most excited for this summer? Let me know in the comments!

5 thoughts on “Most Anticipated Books of Summer 2019”