I have an exciting new blogging series to talk to you about! Over the next several months, Jenica at Firewhiskey Reader and I are going to be blogging together about a mix of old and new romances; we’re going to go back and read some of my classic faves from high school that Jenica, as someone who came to romance in law school, never read, and mix it up with some of Jenica’s new faves! 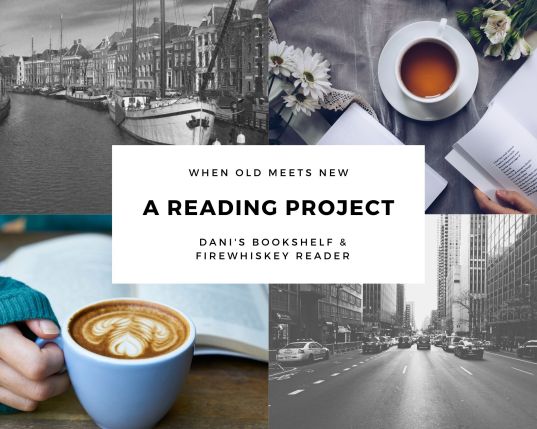 The idea came from an episode of Fated Mates about Gentle Rogue by Johanna Lindsey. I’m not a huge podcast listener, but I know Jenica is, so when I wanted something shorter to listen to at work than an audiobook, she recommended Fated Mates. But when I started texting her about how much I loved the Malory series (of which Gentle Rogue is the third) back in high school, she admitted that she’d never read them!

So we decided to fix that by making her read a bunch of my favorites from when I was younger, which I’ve been wanting to reread as well. But since these are all books by white women and likely feature some problematic content, we wanted to make sure and balance it with authors of color, so Jenica put together a list of some of her favorite books by women of color than I haven’t read yet.

I believe the plan is to read one historical and one contemporary at a time, and then discuss them in a blog post. As we each have eight books on our lists, that’ll make for eight posts, plus I’m sure we’ll do a recap of some sort. But I think we’ll kind of figure out things as we go along, and I suspect we’ll get sidetracked by reading entire series!

So, on to my list! I was a big fan of Johanna Lindsey’s Malory/Anderson books when I was growing up, but I loved Jude Deveraux’s Montgomery/Taggert books even more, so we absolutely had to include some of those. I actually started by putting together a list of my favorites and the most popular books from these authors, and we wound up whittling it down from there. I insisted on three of them, but Jenica picked the other five from my list of recommendations.

Starting with Johanna Lindsey, we decided to read Gentle Rogue since that’s what Fated Mates read and because I really wanted to reread The Magic of You, which I remember next to nothing about other than that it was my favorite when I was younger. Gentle Rogue and The Magic of You are the third and fourth books in the Malory series, respectively, but a lot of people start with Gentle Rogue, and it sounds like Jen didn’t have a problem with that when she read it for Fated Mates, so I think that’s a good choice!

As for Jude Deveraux, some of my favorite Malory/Taggert books when I was growing up were The Raider and Sweet Liar. But I reread The Raider a few years ago and didn’t love it nearly as much, and I think Jenica should read a historical, so we settled on Velvet Song, which was my favorite of the Velvet series. She also thought A Knight in Shining Armor sounded like a lot of fun, so we’re going to read that one, too. I remember not liking the ending, but I’m excited to reread it and see what I think today!

Rounding out the Js, I remember being a big fan of Julie Garwood when I was in high school, but I don’t have a particular title that stands out. So I sent Jenica a list of all the books I had held on to over the years, since I know I had gotten rid of the Garwood titles I didn’t love as much. She wound up picking The Secret since she’s heard a lot about it, as well as For the Roses since she liked that it was set in Montana. So those are the two we’re going with!

In addition to reading the Js, I insisted we read A Rose in Winter by Kathleen Woodiwiss. I know she was writing earlier than Johanna, Jude, and Julie, but I was in love with that book around the same time. It’s not her most famous book (that’s probably The Flame and the Flower), but fortunately Jenica was game to read it with me.

And last but not least, I was also obsessed with Mary Balogh around the same time, though for whatever reason I’ve stopped reading her books even though she’s still publishing. Like Julie Garwood, I don’t have a specific title that stands out to me other than possible A Summer to Remember, which I just reread a few years ago and didn’t want to pick up again just yet. We wound up settling on Slightly Married since I still remember the Bedwyn family, though I couldn’t say if that’s my favorite book in the series or not. But let’s be real, there’s a good chance Jenica and I are going to get sucked into a bunch of series here!

Not going to lie, I’m a little nervous about going back and rereading some of these books. I’m really not sure how they’ll hold up all these years later, and I wonder if I’m better off just leaving them in the past. But I keep hearing people talking about some of them and I’d like to revisit them and have a better sense of what they are, plus I know a lot of people still really love some of these books, so maybe they’ll be better than I remember. At the very least, it’ll be fun to do it with Jenica and see what she thinks of them for the first time!

On the other hand, I’m VERY excited about the list Jenica put together! She’s a much nicer person than me, as she actually went to my Goodreads wishlist shelf and made a point to pick books from there that I’d been intending to read for a while, whereas my list is all my favorite books. I’ve been meaning to read a lot of these books for ages, and I’m glad this will finally give me the push I need to prioritize them. Be sure to stop by her blog to see what she picked out! Also, shoutout to Jenica for putting the graphic together for this post! Doesn’t it look great?

Have you read any of these books? Let me know in the comments! And stay tuned for our first set of reviews! We’re planning to start with Gentle Rogue by Johanna Lindsey, since that’s the book that inspired the whole thing, and Rock Hard by Nalini Singh, one of Jenica’s favorites and which I’ve wanted to read ever since Jenica got me hooked on Nalini’s Psy/Changeling series.

10 thoughts on “When Old Meets New: A Reading Project”