I read a lot of really enjoyable books this past season, but for some reason, I’d only call a handful of them my favorites. It’s odd what a difference it is from the summer, where I had too many favorites to include in one post, but it is what it is! Keep reading for some of the most recent books I read and loved. 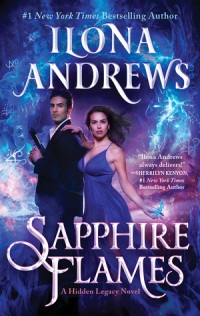 Beginning of a paranormal romance trilogy between a woman with the voice of a siren who can make people do what she wants and her teenage crush who is more than he appears.

Sapphire Flames is by far my favorite book of the season, and probably one of my favorite books I’ve read all year. It’s weird because, as much as I enjoyed Nevada’s trilogy, I didn’t LOVE it. But I seriously LOVED this!! I still can’t get over how much. I just really liked Catalina and seeing her exhibit a different type of strength than Nevada as she leads her House through such a dangerous time. She’s smart and brave even though she doesn’t think she’s doing a good job, and she does everything to protect her family, even if it’s from themselves. She’s such an amazing heroine that I don’t think we see all that often, and I’m obsessed.

Of course, you know I also love the romance between her and Alessandro. I love how much her family teases her about her crush she had on him as a teenager, and I really like seeing how he’s more than anyone knew and that his fame and notoriety are just a distraction from who he really is. It was great seeing him pursue Catalina and eventually convince her that he’s actually interested in her and that it’s not her power accidentally leaking out and making him love her, plus watching him woo her family, too, was so adorable.

This book also did a great job advancing the worldbuilding from the first trilogy. I felt like things wrapped up in a satisfying way at the end of Nevada’s trilogy, and while there were loose ends, it was just enough to tease at Catalina’s trilogy. But now we’re starting to see how things are going to end up being much bigger, and I’m excited to see how everything plays out.

I love absolutely everything about this book, and my only complaint is that it’s the first in a trilogy! Seriously, how am I going to wait for book two, let alone book three? These two need their HEA already!

The Widow of Rose House by Diana Biller 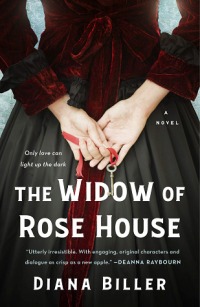 Gilded Age historical between a tough, prickly woman recovering from her abusive first marriage and the sunshine-y scientist who convinces her to come out of her shell.

I’ve already discussed this in my review of The Widow of Rose House, but I actually had to check and see if this was even a romance when it first showed up in the mail, and then I started reading it with zero expectations; I just thought it sounded interesting and was excited to read a new Gilded Age romance. And it just so happened to turn into one of those situations where I was pleasantly blown away by what I wound up reading.

One of my favorite things about this book is just how nice the hero is. It’s not that the heroes of most romances are bad guys, but they’re rarely as genuinely nice and happy and friendly as Sam is, and I loved the change. And then to pair him with someone like Alva, who was abused and slandered by her late husband and basically has no faith in men? It was amazing to see her come into her own and slowly start to trust herself again, and I especially liked her pairing with Sam and how he antagonized her and helped coax her out of her shell while also recognizing that his upbringing was completely different and how lucky he is to have such a supportive family.

I loved everything about this book and immediately bought a finished copy as soon as it was released, and now I seriously can’t wait for Sam’s siblings to get their own stories!

I Am Malala by Malala Yousafzai 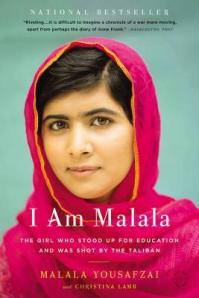 Memoir by the youngest Nobel Peace Prize winner who was shot in the head for resisting the Taliban and advocating for girls’ education.

I talked about this some in my Nonfiction November Recommendations post, but I thought Malala’s memoir, I Am Malala, was incredible. It’s not going to be the most amazingly written memoir you’ll ever read, but her story is so powerful, and her courage in the face of threats from the Taliban is so inspiring. It was fascinating to learn more about what it was like for her growing up in Pakistan, and I really appreciated getting a more personal look at and learning the history of a country that is too often maligned in news headlines. Plus it was so interesting to learn how Malala came to advocate for girls’ educations and what an impact she had. Of course, it was difficult to read about what the Taliban did to her, but it was also really inspiring to see how so many people came together to help her recover. I think what Malala has done is incredible, especially how she’s used the platform she’s created to help other girls get access to education, and I aspire to be even a little bit as amazing as she is.

Since this list is so short, I figured I’d shout out a bunch of the books I’ve been reading and enjoying lately, though I wouldn’t quite classify these as favorites. At the top of the list is the Guild Hunters series by Nalini Singh, which I’ve been wanting to pick up for a while. This is a paranormal romance series in a world dominated by angels and vampires. I don’t love it as much as Psy/Changeling, but I’ve overall been enjoying it a lot and have already raced through a number of the books in the series. I just feel like the books are rather violent, and I’m getting a little tired of the ancient immortal man/young mortal woman pairing, but it’s Nalini Singh, so of course I’m eating it up.

Neck and neck with Guild Hunters is the Kate Daniels series by Ilona Andrews. After seeing my KissCon TBR post, my friend Aarya recommended that I actually skip book one and start with book two, which she felt was a better introduction to the series, so I did just that. I actually thought book two was just ok, but kept reading because I wanted to see the romance unfold between Kate and Curran. But honestly, the more I read, the more I loved this series. The world is really odd and difficult to wrap my head around, but I really like Kate and the family she’s created, and I love her antics with Curran. I don’t love these nearly as much as the Hidden Legacy books, but I’m enjoying them and plan to keep reading them after I take a bit of a break from urban fantasy. I’m getting burnt out!

I also really enjoyed all of the books I included in my latest arc roundup: Forever and a Duke by Grace Burrowes, My Fake Rake by Eva Leigh, Get a Life, Chloe Brown by Talia Hibbert, and This Earl of Mine by Kate Bateman. They were all really solid romances, and I recommend them all. Check out that post if you want more details about these books!

I also have to mention Darkdawn by Jay Kristoff, the conclusion to the Nevernight trilogy. It was a pretty epic finale, and I really liked seeing how the story wrapped up.

I also really liked City of Thorns by Ben Rawlence. It’s a look at the lives of several different people living in one of the largest refugee camps in the world, and I learned a lot from this book. It’s well worth the read.

And last but not least, shout out to The Princes Diaries series by Meg Cabot, which I continued reading this fall. I’m currently up to book five and have to admit to getting a little frustrated with Mia and how obsessed she is with Michael. I figure I’ll take a bit of a break, though, and then pick the series back up. I have to see them all through at this point!

Like I said, it’s so weird how things work out. I’ve been enjoying my reading lately, but I haven’t picked up anything that’s super blown me away. Those kinds of books tend to come when you least expect it, though!

What have you been reading and loving lately? Let me know in the comments!