I’m back with another pair of reviews for my When Old Meets New reading project with Jenica at Firewhiskey Reader! The historicals we’ve been reading have gone steadily downhill, to the point where neither of us was able to finish For the Roses by Julie Garwood. Fortunately Hold Me by Courtney Milan is excellent, which saved this round from being a complete disaster! 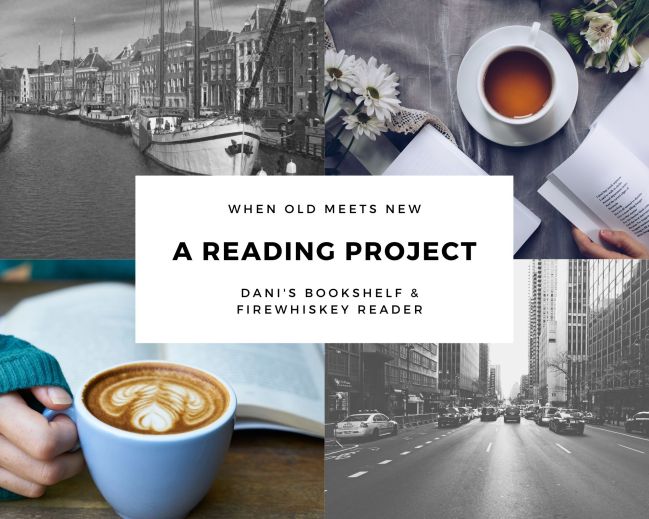 I’ll start with For the Roses by Julie Garwood to get it out of the way. I was obsessed with Julie Garwood in high school, though only her historicals. I was firmly not a contemporary reader at the time and never tried her romantic suspense books. At one point in time, I owned all of her books, but during a round of unhauling books, I decided to only save the books of hers that I really loved. So it’s those books that I told Jenica to pick from, which is how we ended up reading For the Roses. 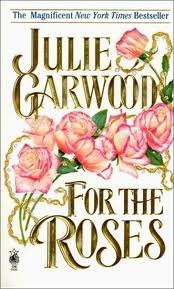 At the center of For the Roses is the Clayborn family, which was formed in an alley in New York when four street urchins found an abandoned baby and decided to head west and become a family in order to raise her. Mary Rose is eager to be reunited with her family after leaving to attend a finishing school in St. Louis, but when she encounters Lord Harrison MacDonald and believes him to be incapable of surviving on his own in the west, she insists that her family adopt him and teach him to take care of himself. Only Harrison isn’t as helpless as he appears, and is in fact there to uncover a long-buried family secret that could change everything.

I have no idea what my high school self was thinking. I was only able to make it 100 pages in, and I was so incredibly bored. I didn’t particularly care about any of the characters, and in fact thought the heroine was a bit of an idiot. Seriously, I could summarize the entirety of the first 100 pages in a paragraph or two, and you’d miss nothing. And there’s another 450 pages to go! I just could not stick it out for that.

Then, of course, there’s the racism. We knew that would pop up in older books, and in fact have already seen that in various shapes and forms, but the racism in For the Roses was particularly pervasive. There’s all kinds of awful references to Native Americans, and from what Jenica said, it gets even worse. She made it a couple of more chapters than me before she threw in the towel (she read it first, and her lack of interest made me particularly unmotivated to read it or push past 100 pages).

Jenica pointed out that Garwood doesn’t fully lean into racist stereotypes — Mary Rose’s oldest brother is black, and he’s the smartest of the bunch and teaches the others how to read, which he learned from his mother. But Mama Rose is still staying in a plantation in the south despite the Civil War being over because she wants to take care of her mistress, and this is portrayed as a good thing. It’s just not great on so many levels.

Basically, this book was a complete bust. Fingers crossed that reading The Secret redeems Garwood for us, because right now neither of us is very impressed. Coming off of A Knight in Shining Armor by Jude Deveraux, it’s particularly disappointing, but hopefully we chose some better ones for the remainder of our project. 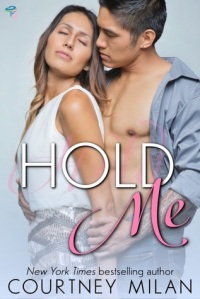 Ok, on to the contemporary! As I mentioned above, we read Hold Me by Courtney Milan, which I believe is one of Jenica’s favorite books of all time.

Jay is a workaholic who doesn’t want any distractions, so when he meets the feminine Maria, he dismisses her as not worth his time. What he doesn’t realize, though, is that in addition to making incorrect assumptions about femininity, Maria is a successful apocalyptic blogger determined to keep her identity secret. And the two of them have already met—online, where they’ve become best friends over the course of the past year and a half, though neither of them has any idea who the other is in real life. Also, shoutout to the representation in this book, as Jay is an Asian American, bisexual hero and Maria is a trans, Latina woman.

Milan did such an excellent job with this book. She really made me question how these two would get their HEA in the beginning considering how awful Jay was to Maria, though you could definitely see how everything went wrong without him intending it to. Jenica and I both really loved seeing Jay’s views of femininity challenged the way it was throughout this book and how his thinking evolved and changed. It’s really powerful to see how uncomfortable he is with realizing he’s not as feminist as he thought (his mom is a super successful woman in tech), but how he still engages and deals with it.

I don’t want to spoil anything, but I loved how Jay figured out who Maria was (I knew it!!) and how he handled it when he realized. It was so perfectly done. Their three emojis give me serious heart eyes. And that heart-to-heart Jay had with his mom! It was so heart wrenching.

I will say, I needed a bit more time with Jay and Maria together at the end to get the reassurance that they’ll be together long term. Like, it’s amazing that Maria’s getting help and being brave about going after what she wants, but I’m not sure she fully believes she’s enough yet. And Jay still clearly has a lot going on with his brother, plus I’m not entirely convinced he can change his work habits overnight and be there for Maria. Don’t get me wrong, I love them together and desperately want them to get their HEA! But I needed more time with them to build that longterm foundation.

Jenica understood where I was coming from, and as a huge fan of the book, she’d be more than happy to get an extra 100 pages! She commented that the book is very new adult in the way the HFN at the end is handled, though she said “I have to believe they’re really going to make it.” Hopefully their HEA is further supported and fleshed out in later books in the series!

Seriously, if you haven’t read it yet, definitely pick up a copy of Hold Me! Though maybe don’t read it just now—Maria’s blog was a little too real for me when I read this, and that was before all of the quarantines and stay home orders. But it’s a great romance, and Jenica and I both thoroughly enjoyed it! And we recommend you skip For the Roses.

With this post, we are officially half way through our lists! Stay tuned for our next post on Jenica’s blog, in which we’ll try Julie Garwood again and read The Secret and pair it with Wanna Bet? by Talia Hibbert, which I’ve been wanting to read for ages!!

And if you’ve missed any of our previous posts, you can find my initial historical list here and Jenica’s contemporary list here. So far we’ve paired Gentle Rogue by Johanna Lindsey and Rock Hard by Nalini Singh (check out Jenica’s post here), The Magic of You by Johanna Lindsey and Grip by Kennedy Ryan (you can read my post here), and A Knight in Shining Armor by Jude Deveraux and Trade Me by Courtney Milan (don’t miss Jenica’s post here).

5 thoughts on “When Old Meets New: For the Roses and Hold Me”