It’s that time again! I think it is literally impossible to see this tag make the rounds and not participate myself, so here we are for the third year in a row! 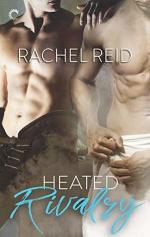 Oh please. I have never once picked a single book for this prompt, and I’m certainly not going to start this year! I have a few that standout as some of my absolute favorites. Most recently is House of Earth and Blood by Sarah J. Maas, which I am absolutely not at all surprised I loved. I’m also not surprised I loved Alpha Night by Nalini Singh, though I wasn’t prepared for it to be one of my top Psy/Changeling favorites! And two new-to-me authors have also written some of my new favorites: Heated Rivalry by Rachel Reid, a m/m, enemies-to-lovers hockey rivalry romance, and 40-Love by Olivia Dade, an older heroine/younger hero vacation romance with the funniest meet cute!

I mean, Alpha Night by Nalini Singh is definitely the best sequel I’ve read this year! But in the interest of highlighting a different book, I’ll go with Chaos Reigning by Jessie Mihalik. This scifi bodyguard romance was an excellent conclusion to the Consortium trilogy! I know Mihalik is working on some other things right now that I’m really excited about, but I’m hoping she gets a chance to circle back and write stories about the other von Hasenberg siblings, because I love this family and world so much!

A new release you haven’t read yet but want to

I was originally going to answer this question with House of Earth and Blood by Sarah J. Maas since it came out in March and I hadn’t read it yet. But then I read it on Monday and it became a new favorite! So I think I’ll go with A Song of Wraiths and Ruin by Roseanne Brown. This wasn’t really on my radar until it was released at the beginning of the Black Lives Matter protests, and I’ve since learned that it involves a matriarchal fantasy world and apparently the love interests want to kill each other, and it sounds like basically everything I love in a fantasy!

Most anticipated release for the second half of the year 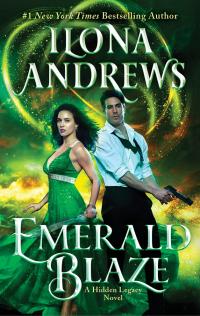 Emerald Blaze by Ilona Andrews, hands down. I reread all of the Hidden Legacy books already in anticipation of this one, I am so freaking excited for it. I desperately need Catalina and Alessandro to get together, and I can’t wait to see where the larger plot goes! There are so many mysteries I need answers to!! Why is August so far away?!!!

I do have to shoutout a few other books I’m really looking forward to, though, including Black Sun by Rebecca Roanhorse (matriarchal Anasazi-inspired fantasy), Spoiler Alert by Olivia Dade (more on that later), Deal with the Devil by Kit Rocha (librarian post-apocalyptic romance), Return of the Thief by Megan Whalen Turner (final book in The Thief series), and How to Catch a Queen by Alyssa Cole (I have no idea what this is about, Alyssa Cole is amazing).

I hate to say this, but probably Starbreaker by Amanda Bouchet. I was so looking forward to it, and then I just…couldn’t finish it. I wasn’t at all invested, and from what I’ve seen in reviews, it didn’t get better as the book went on. I preordered a physical copy, but idk that I’m going to wind up finishing out this series, unfortunately.

Book that most surprised you

Definitely Heated Rivalry! I had heard of it, but didn’t think it sounded like something I’d like that much (I’d seen reviews that said it was more sex than romance). But then I gave it a try after a bunch of people recommended it all at once, and holy crap. It was so good! There is a lot of sex in this book, but that’s all their relationship is for a long time, and that’s how they start to build more intimacy with each other. I thought it fit with their story really well, and the emotional arc was amazing. These two were such idiots, and I loved seeing them figure out their feelings and eventually admitting them to each other. I’ve already reread it I loved it so much!

Rachel Reid is definitely one of them after how much I loved Heated Rivalry! The other two books in the Game Changers series are really good, too, and I can’t wait for the fourth book that’s coming out this fall. But I think my absolute new favorite author I’ve discovered this year is Olivia Dade. I enjoyed her short story in the He’s Come Undone anthology so much (the murder dioramas are amazing!!), and then when I saw she was coming out with a tennis romance that featured an older heroine and younger hero, I had to request it. I’m so glad I did! Between these two works, Dade is now an autobuy author for me! I wound up buying a physical copy of 40-Love after reviewing the arc and have plans to buy copies of the rest of the Marysburg books as well, including the novella trilogy, Sweetest in the Gale, coming out later this month. Oh, and I can’t wait to read Spoiler Alert, which is coming out this fall and features two fanfiction writers who meet in real life but don’t know it!

I still really dislike this question. I just don’t have crushes on characters!

I actually don’t have anyone in particular that comes to mind! Which is so weird because I have lots of favorite books and couples, but not one specific character that seems like the perfect fit for this prompt. *shrug*

Book that made you cry

I don’t cry much when reading, but I dare you to read Beach Read by Emily Henry and not cry! The scene where she’s reading the letters from her dad, who passed away before the book started? There’s just no way I could have read that without crying. If you’re not familiar with it, Beach Read is a cross-genre romance that leans towards women’s fiction that features two college rivals who are both struggling with writer’s block and dare each other to write in the other’s genre: she’ll write the Great American Novel, and he’ll write a romance. I reviewed this book more in-depth here.

Book that made you happy

I mean, so, so many books have made me happy this year. Any of my favorites could easily answer this prompt, but I’m going to go with the low-plot, low-angst historicals that were so comforting to me at the beginning of the pandemic: First Comes Scandal by Julia Quinn, Say Yes to the Duke by Eloisa James, and Two Rogues Make a Right by Cat Sebastian. I highly recommend all three! 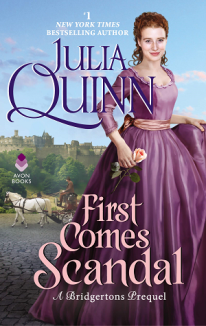 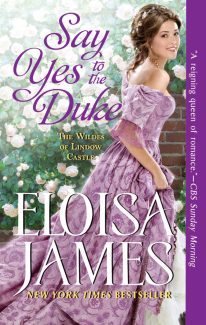 Hahaha no. I barely watch movies, and I don’t think I’ve seen a single adaptation this year. Shout out to Crash Landing on You, though! It was my first k-drama, and I absolutely loved it. Highly recommend!

I mean, I have an embarrassing amount of fun putting together my yearly stats post, so I definitely recommend checking that one out. I also did a post showing a bunch of new additions to my travel bookmark collection (sadly, it will be a while until I this collection grows again). I’m also really excited about the When Old Meets New reading project I’ve been doing with Jenica at Firewhiskey Reader, which we announced last year but officially started this year! And last but not least, I hope that my post about what I’m doing as a reader and blogger to support Black Lives Matter is another step towards being a better and more inclusive blogger.

I really loved this cover of The Magnolia Sword by Sherry Thomas! There’s just something about the style and the colors that really works for me, and I think it’s so pretty. It’s also an excellent Mulan retelling! But then, pretty much everything Sherry Thomas writes is amazing, so this really shouldn’t surprise me.

I also really love the covers for 40-Love by Olivia Dade and You Had Me at Hola by Alexis Daria. These are illustrated covers done right! 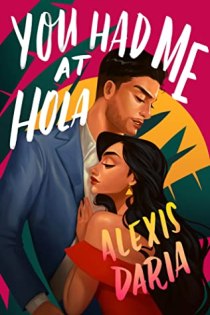 Books you need to read by the end of the year

I mean, my tbr (both physical and digital) has kind of ballooned out of hand. I don’t fully regret it since I’ve supported a lot of independent bookstores and marginalized authors with my book buying, but it low-key stresses me out, especially after putting so much work into getting a zero tbr. And I own so many great books! So basically everything!!

A few to highlight: Radio Silence by Alyssa Cole, Level Up by Cathy Yardley, Teach Me by Olivia Dade, A Treason of Truths by Ada Harper, A Cowboy to Remember by Rebekah Weatherspoon, Hearts on Hold by Charish Reid, Erstwhile by H.E. Trent, The House on the Cerulian Sea by T.J. Klune, and Hood Feminism by Mikki Kendall. 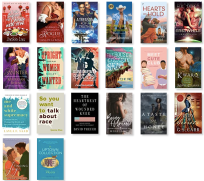 So yeah, I have read a lot of great books this year, and I have a lot of reading yet to do! The perpetual struggle. What are some of your favorite reads from the first half of the year? Let me know in the comments!