I feel like I’m usually chomping at the bit to get a new round of most anticipated books posted because there are so many I’m excited about, but there’s been such a lull in November that I almost forgot to put this post together! While December is going to be pretty slow, too, there are some awesome books coming in January and February. 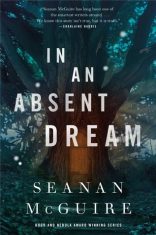 The lone December release I’m looking forward to is a Christmas novella. I really enjoyed Alexis Daria’s first two Dance Off books, which are romance novels following Latina heroines and set in the world of a reality dance competition, so I’m really excited to return to this world with Dance All Night. It’ll be a nice little story to tide me over until the next book is published!

I didn’t even realize Amanda Bouchet was coming out with something new until recently! I’m not as big of a science fiction reader as a fantasy reader, but I enjoyed Bouchet’s fantasy romance trilogy The Kingkiller Chronicles enough to follow her just about anywhere. So I will definitely be checking out Nightchaser once it’s published!

As a huge fan of Alyssa Cole’s, of course I had to put her upcoming Reluctant Royals novella on here! I really liked Likotsi in A Princess in Theory, so I’m excited to get her story. Plus it’s a lesbian romance from Avon! I can’t think of any others off the top of my head, so that’s awesome. Oh, and apparently the couple on the cover is actually a real life couple? How cute is that?! I can’t wait to finally have Once Ghosted, Twice Shy in my hands!

In an Absent Dream by Seanan McGuire (January 8)

Apparently it’s all about the short books right now! Seanan McGuire’s Wayward Children novella series has been a lot of fun to read. I just love portal fantasies, and she’s put such a unique spin on them. So of course In An Absent Dream, the fourth novella in the series, had to make this list! The fact that I know next to nothing about it makes absolutely no difference.

I’ve been really impressed with what I’ve read so far in the Rick Riordan Presents imprint, so even though I’m not a big middle grade reader, I had to put Dragon Pearl on this list, especially since it involves Korean mythology in space! I’ve been hearing that this book is the best one so far, and I’m excited to check it out.

King of Scars is hands down one of my most anticipated books of 2019, and I say that knowing that a lot of 2019 releases haven’t even been announced yet! I’ve just really enjoyed everything Bardugo has written, and I especially loved the Six of Crows duology, so I can’t wait to return to the Grishaverse and finally get Nikolai’s story!

I always look forward to Lisa Kleypas’ latest releases, but I’m especially anticipating Devil’s Daughter after being introduced to Phoebe (St. Vincent’s daughter!) in Devil in Spring. Plus I love West from the previous Ravenel books, and I think he and Phoebe will make a great pair. Definitely one of my most anticipated historical romances coming up in 2019!

In case you missed it the first time I included her on this list, I’m a big fan of Alyssa Cole, and her fans are lucky enough that she has a bunch of books coming out next year! I was first introduced to her through An Extraordinary Union and became completely obsessed, so I can’t wait to read the latest installment in her Civil War romance series, An Unconditional Freedom.

While the books above are some of my MOST most anticipated books of the next season, they’re far from the only new releases I’m excited to talk about!

First up is The Kingdom of Copper by S.A. Chakraborty (January 8). I really enjoyed City of Brass, the first book in this Middle Eastern-inspired fantasy trilogy, though I’ll admit I thought it was overhyped. I think the second book will either make or break this trilogy for me, and while continuing the series has lost a lot of it’s appeal in the intervening year since the first book came out, I suspect I’ll wind up getting swept up in the hype and checking out this next book. Hopefully it redeems the trilogy for me, because it’s such a great concept!

Another book I want to mention is 99 Percent Mine by Sally Thorne (January 29). This is one that would have been up with the books above, except that I was lucky enough to get an arc from Edelweiss and read it early. Unfortunately, I didn’t love it nearly as much as The Hating Game, but I’m excited for it to come out and see what everyone else thinks!

In the opposite vein, A Curse So Dark and Lonely by Brigid Kemmerer (January 29) probably wouldn’t have made this list at all if I hadn’t gotten an arc of it at the RWA Blogger Day and read it in advance. I had heard of it, but it wasn’t really on my radar before then. Once I started reading, though, I was hooked, and I finished it in one day. I really liked it, and I can’t wait for the companion/sequel to come out. And I’m eager for everyone else to get their hands on this book!

Last but not least is On the Come Up by Angie Thomas (February 5). I debated considering this one of my top anticipated releases, but the reality is that I don’t read much contemporary YA and I’m not sure this is something I would pick up if it weren’t by Angie Thomas. So even though I was blown away by The Hate U Give and I’m sure I’ll wind up reading and enjoying On the Come Up, it’s just not what I’m most looking forward to. But it’s still very much an anticipated release!

This is definitely not the longest list of anticipated books ever, but I’m really excited for this upcoming batch of winter releases! Besides, it’s best for my TBR shelves that there aren’t too many exciting releases, as it gives me a chance to get my shelves under control.

What books are you most looking forward to this winter? Let me know in the comments!