So this post is coming a lot later than I anticipated. But the good news is, because I waited so long, I’m able to add a few recently announced releases that I’m pretty excited about! 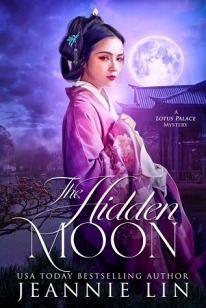 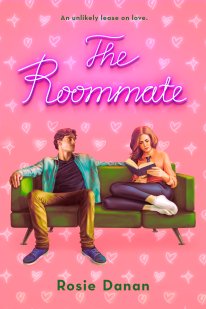 When No One Is Watching by Alyssa Cole (September 1)

When No One Is Watching is out, I have read it, and woah was it a lot. I’m not much of a thriller reader, but I was really looking forward to this one because I’m such a fan of Alyssa Cole’s writing! This is a gentrification thriller set in Brooklyn, and it is not for the faint of heart! You can check out my full review here.

The Hidden Moon is one of the recently announced releases that I’m excited to add to this list! I read the first two books in the Pingkang Li mystery series earlier this year and have been a fan of Wei-wei ever since, so I was so excited to hear she was getting her own romance! We met Gao, a street enforcer with a checkered past, in Wei-wei’s novella, and I couldn’t wait to read their whole story and see how they got their HEA. I’m pleased to report this book was delightful! You can check out my full review here.

The Roommate by Rosie Danan (September 15) 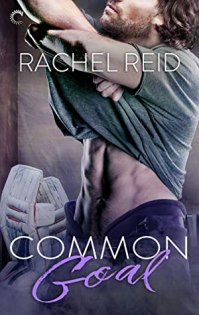 This is one of my most anticipated books of the fall after how obsessed I’ve become with Heated Rivalry and the whole Game Changers world! Common Goal returns to New York and is an age gap romance between Eric, the recently divorced goalie for the New York Admirals who wants to explore his bisexuality for the first time, and Kyle, the much younger man who offers to tutor him. I read this immediately after getting approved for an arc and enjoyed it so much! Keep an eye out for a full review later this month.

The Duke Who Didn’t by Courtney Milan (September 22)

The Duke Who Didn’t is another recent addition to this list after Courtney Milan surprised us with its announcement and short release on Twitter! This is a friends-to-lovers romance with an uptight heroine who loves lists and a hero with a secret who is determined to tease the heroine while doing his best to help her cross everything off of her list. I was lucky enough to get an arc of this one, and it is a new favorite! I’ll be reviewing this one later this month, too.

How It All Blew Up by Arvin Ahmadi (September 22)

I don’t anticipate an awful lot of YA these days, but How It All Blew Up has been on my radar since it was first announced because it sounds like such an interesting story. It involves a gay Muslim teen who’s family is separated and interrogated at JFK airport after returning from a trip to Rome, and I’m interested to see where the story goes.

Return of the Thief by Megan Whalen Turner (October 6)

I would say I’ve been looking forward to the final book in Megan Whalen Turner’s The Queen’s Thief series for a long time, especially since it was pushed back from last year, but I was lucky enough to dive into this series fairly recently. Some people have been reading it since it was first published more than 20 years ago! Fortunately, the wait isn’t too much longer for Return of the Thief, and I can’t wait to see what’s in store for us. Based on the previous books, I’m expecting lots of twists and turns I don’t see coming!

Olivia Dade is one of my surprise favorites of 2020, so of course her latest release, Spoiler Alert, belongs on this list. I actually know very little about this book other than that it involves fandom and secret identities, and as great as that sounds, I was really sold at the words “Olivia Dade.” Also, that cover!! Serious heart eye emojis!

I have been looking forward to Black Sun for SO LONG! I’m a huge fan of Roanhorse’s Sixth World series, but I don’t think I could come up with anything more perfect than an Anasazi-inspired matriarchal fantasy. And I’m lucky enough that my wish for an arc was approved, so I’m going to read this one soon so I can get a review up by release date! 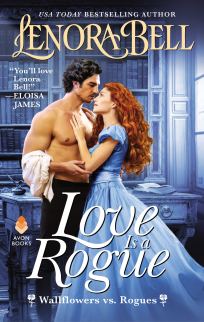 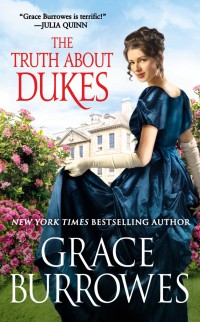 Love Is a Rogue by Lenora Bell (October 27)

I mean, a new Lenora Bell always belongs on this list! She just writes such funny, banter-filled books that I always enjoy. I don’t even know what Love Is a Rogue is about (though I love the cover), but I’m excited to get my hands on it and find out!

Written in the Stars by Alexandria Bellefleur (November 10)

I’m so excited to see a f/f contemporary romance from Avon! Written in the Stars sounds really fun: it’s a romance between an uptight actuary and a “free-spirited social media astrologer” who agree to fake date to help each other through the holidays. I believe it has some strong Pride and Prejudice vibes, too! I have an arc of this one, so stay tuned for a review!

The Truth About Dukes by Grace Burrowes (November 10)

I don’t know how Grace Burrowes comes out with books so quickly, but I’ve been thoroughly enjoying the Rogues to Riches series starring the Wentworth family. I’m so excited for the next installment after these two were teased at the end of the last book! The hero of The Truth About Dukes spent years locked away in an asylum before his brother realized he was still alive and rescued him. He’s a central character in the last book starring his brother, and it turns out the heroine’s sister knows Robert. I can’t wait to find out what their connection is and see them fall in love! This is another one I have an arc of and will be reviewing come November.

As you can see, there are lots of exciting books to look forward to this fall! I have no idea how I’m going to fit these on my shelves, but that’s a problem for future me to worry about!

What books are you most looking forward to reading this fall? Let me know in the comments!