I’m SO EXCITED to be going to KissCon again next spring! I made it a point last year to read a bunch of books by some of the different authors attending so I would know who they are on panels and be able to get my books signed and figured I’d do the same thing again this year. Only this time, I decided to make a post about it instead of just putting together a list in my notebook!

If you’re not familiar with it, KissCon is a reader event hosted by the romance publisher Avon. It lasts about two and a half days and features dozens of romance authors, who participate in panels, games, mixers, and book signings. You can learn more in my recap here. Sadly, tickets are already sold out for the 2020 event, but be sure to sign up for the waitlist if you’re interested in attending!

So I’m definitely not going to make it through all of the books I’m listing below, but I’m going to try and order it in the priority I want to read them in, if that’s even possible. 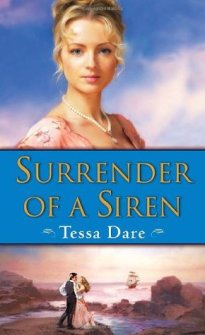 I think I’m most excited for Tessa Dare to attend KissCon, so I want to finish reading her backlist before KissCon. I think all of have left is the Wanton Dairymaid trilogy consisting of Goddess of the Hunt, Surrender of a Siren, and A Lady of Persuasion. I always immensely enjoy Tessa Dare’s funny but heartfelt historicals, and I can’t wait to read these.

I’m also really looking forward to Lisa Kleypas being there. I was a huge fan of her Wallflowers and Hathaways books back in high school, but I haven’t read them since then (with the exception of Devil in Winter, which is still not my favorite Wallflower book despite its enduring popularity). So I remember next to nothing and really want to go back and reread them before going to KissCon this year. Plus I have to read her new release, Chasing Cassandra, before KissCon! That one is scheduled for release on February 18. 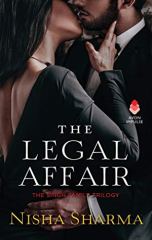 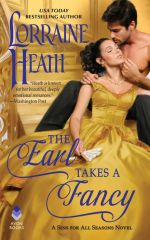 Switching gears to more new releases, I’m really excited for The Prince of Broadway by Joanna Shupe, which is out on December 30, The Worst Best Man by Mia Sosa (February 4), The Legal Affair by Nisha Sharma (February 18), and First Comes Scandal by Julia Quinn (March 24), so I’ll definitely be planning to read those before KissCon! Oh, and The Earl Takes a Fancy by Lorraine Heath, which is out on March 31. Speaking of Lorraine Heath, I’d like to take a closer look at her backlist and maybe pick up more of those. I really enjoyed her Texas Legacy trilogy and have read bits and pieces of the rest of her backlist, but I’d like to make more of a concerted effort to tackle it. That might get pushed back until after KissCon, though. 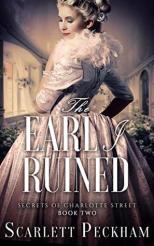 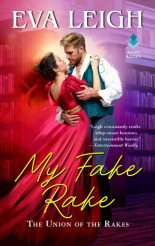 A few other things I’d really like to read include The Earl I Ruined by Scarlett Peckham and Scoundrel by Zoe Archer. I read and enjoyed Peckham’s debut novel, The Duke I Tempted, and have been especially meaning to read the sequel ever since I got a free copy at BookCon. I’m also really looking forward to her next book, The Rakess, which is out at the end of April, and I’m hoping to get my hands on it before the conference. If not, hopefully they’ll have early copies there that I can pick up! And I’ve read and liked some of Eva Leigh’s historicals and would like to read more (I’m especially anticipating My Fake Rake, due out November 26), but I actually really want to read Scoundrel, written under her paranormal pen name, Zoe Archer. I think it has some Indiana Jones and ancient mythology vibes, and it sounds like a lot of fun!

And I can’t believe I haven’t read this yet, but I will absolutely be reading The Lady’s Guide to Celestial Mechanics by Olivia Waite before April. I was actually hoping to read it before RWA this past summer since Waite was signing there, but then held off to read it with my book club in September as part of The Great Big Romance Read hosted by The Ripped Bodice. Only I wound up having to miss book club and never got around to picking up the book even though I’m really excited about it, so I will 100 percent be reading this soon!

I should also really check out more of Ilona Andrews’ backlist considering what a big fan I am of the Hidden Legacy books. At the very least, I’d like to read the first Kate Daniels book, Magic Bites, which I believe is the series they’re most known for, but maybe I’ll poke around the rest of their backlist and give something else a try. And while we’re on the topic of urban fantasy, I really want to try Jennifer Estep’s Elemental Assassins series. I have the first book, Spider’s Bite, on my kindle, and I really want to read it! I loved her Crown of Shards trilogy and can’t wait to check out more of her backlist.

And the last thing I’m hoping to prioritize is reading more of Eloisa James’ backlist. I really only became a big fan of hers in the last couple of years, and while I’ve read a decent chunk of her backlist, including the Essex Sisters and the Fairy Tales, I want to circle back and pick up her Desperate Duchesses series.

So that’s, what, 25 books I’ve for sure committed to reading? Plus a bunch of amorphous backlists that I’ve referenced. And that doesn’t even count if I wind up getting sucked into some of these series I’m starting and reading even more!

I really should stop, but there are a bunch of authors attending KissCon who I’ve never read anything from before, not to mention some of the authors who maybe don’t count among my favorites, but whose books I’ve enjoyed in the past and I want to read more from. So the list goes on!

Starting with authors I’ve read before, Megan Frampton is always delightful on panels, and I’d like to continue with her Duke’s Daughters series and read Lady Be Reckless. I’d also kind of like to go back and check out her debut, The Duke’s Guide to Correct Behavior. I’d also like to try more of HelenKay Dimon’s books, namely Mr. and Mr. Smith, Mercy, and Her Other Secret. I probably won’t make it to all three of these, but I’ll be happy if I pick up just one! And I’m a big fan of Maya Rodale’s and always enjoy it when she makes it to my book club, so I’d like to check out more of her backlist. What a Wallflower Wants is one of my friend Holly’s all time favorite books, so I’m really looking forward to reading it. Also, this historical series also is apparently intertwined with some contemporaries? Someone in my book club was telling me how a modern day heroine is “writing” these historicals, and it sounds like such a fun concept. I’ve also read a few books by Caroline Linden and Viviene Lorret and enjoyed them, so I’d like to check out more of their books and pick up a couple before KissCon.

There are also a number of authors attending who I’ve never read anything from. I’ve at least heard of Jeanine Frost, but only really became a paranormal reader this past year, so I’m excited to look into some of her books. But I’m not familiar with Lisa Berne, Christy Carlyle, Charis Michaels, and Marie Tremayne, so I’d like to try their books. I think Berne, Michaels, and Tremayne are newer authors, so their backlists aren’t too overwhelming; I’ll probably pick up the first book in each of their most recent series. But Carlyle has a lot to pick from, so I’m not sure where I’ll start there!

Think that’s enough romance to keep me busy until April? I sure do! I actually put all of these books together on a Goodreads shelf, and it’s even more overwhelming when I look at them that way. Like I said, though, I highly doubt I will actually make it through all of these books before KissCon, but I was already planning to read a bunch of the new releases, and there are several I’ve been meaning to read for a while, so I think I’ll be able to make a significant dent.

Any recommendations on where I should start? Any books I absolutely have to read before KissCon? Let me know in the comments!

7 thoughts on “My KissCon TBR”